Poste Italiane has created a system of governance that is in line with the regulatory framework of reference.

The governance system adopted by Poste Italiane - i.e. the system of administration and control aimed at ensuring the effective management of the company - is essentially oriented towards creating value for shareholders in the medium and long term, while taking account of the interests of the other stakeholders and considering the importance of the services we provide to society.

In 2015, in view of the initial public offering of a 35.3% interest in the company, we modified our governance structure, which had previously been that typical of a fully state-owned enterprise. We therefore adopted a noteworthy series of measures to define our governance system in accordance with the law, the principles and recommendations of the Corporate Governance Code for Listed Companies, which we adopted in 2015, the recommendations formulated by Consob and international best practices.

Our governance model is of the "traditional" variety, characterised by the dichotomy between the Board of Directors and Board of Statutory Auditors. 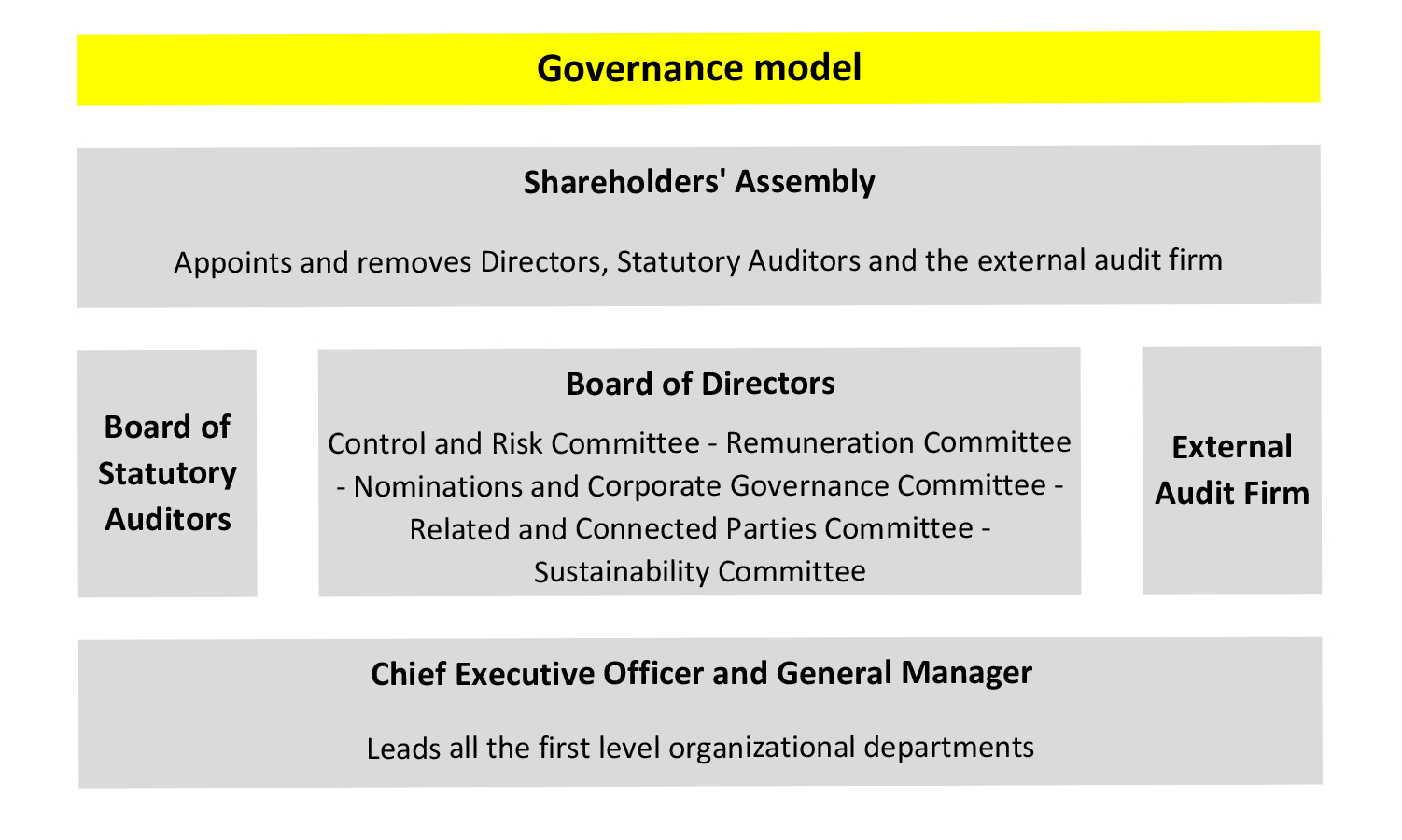 Poste Italiane has been an issuer of shares listed on the Mercato Telematico Azionario (MTA) organised and managed by Borsa Italiana S.p.A. since 27 October 2015. Consequently, each year the company publishes:

The main rules of organisation of the Poste Italiane Group.