The postal services market is going through a phase of radical change, primarily linked to the digital transformation, which has influenced the volume of letters and parcels in circulation. The ongoing decline in traditional mail (CAGR 2014-2018 of approximately -6% in the period), which is being replaced with digital forms of communication (e-mail, instant messaging, etc.) is accompanied by a significant increase in the volume of parcels sent, linked to the growth in e-commerce.

In Italy, the percentage of retail purchases made online rose from 4% in 2015 to 7% in 201913, and growth remains compared with the double-digit growth rates registered in the main European countries. Poste Italiane is now one of the leading operators in the sector with a market share (B2C) from 30% in 2017 to 35% in 2019.

According to the latest available figures 2, mobile market penetration, in terms of total mobile lines, stands at approximately 172.8% of the population, with MVNOs (Mobile Virtual Network Operator)3 accounting for 15.1%. The total number of lines at 30 September 2019 amounts to 104.1 million, including 23.5 million Machine to Machine (M2M) SIM cards4. PosteMobile, with a total market share of approximately 4.2%, accounts for around 47.5% of the total customers of mobile virtual network operators.

With reference to the Digital5 market in Italy, almost 50 million people access online and 35 million people are present and active on social channels, showing an increase compared to 2018 also in terms of time spent online (about 6 hours connected to the internet every day, and 1 hour and 57 minutes on social channels, an increase compared to the figure recorded in 2018, which had stopped at 1 hour and 51 minutes).

As far as new technologies are concerned, the use of mobile voice assistants or dedicated devices (from 30% to 35%) has increased by 5 percentage points compared to last year, while it is not new that the use of smartphones has reached (almost) saturation levels: 98% of social users connecting from mobile devices.

Positive signs also on the e-commerce front: in fact, indicators increased by 1-2 percentage points compared to 2018 with
respect to pre-purchase online searches (from 86% to 87%) and the actual purchase of products from any device (from 75%
to 77%).

Banking System
On the basis of estimates provided by the Italian Banking Association (ABI), in December 2019, customer deposits of the total number of banks in Italy, represented by deposits to resident customers and bonds, rose by 4.8% annually to approximately €1,814 billion (+€87 billion compared to the beginning of the year).

This trend reflected a significant increase in deposits from resident customers (in current accounts, certificates of deposit and repurchase agreements), amounting to approximately €121 billion (+5.6% year-on-year), accompanied by the substantial stability of bond deposits, which fell by approximately €34 billion. In December 2019, the average cost of bank funding (which includes deposits, bonds and repos from households and non-financial corporations) was around 0.58%. Bank loans remained stable during 2019: at the end of December 2019, total loans to residents (Private Sector and Public Administration) in Italy - excluding interbank lending - amounted to around €1,681 billion, with the marginal contribution of loans to households (+0.3% on an annual basis).

Life Business
Based on official data available at the end of December 2019, the new business for life insurance policies (individual and collective) including the EU sample of EU companies amounted to €104 billion, up (+4.8%) compared to 2018. The business of Italian companies reached €90.1 billion, marking an increase of 5.4% compared to the previous year.
Analysing the figures by class of insurance, Class I premiums amounted to €62.6 billion at the end of December 2019, up 12.5% compared with the previous year. Class III products (in exclusive unit-linked form), on the other hand, recorded a 11.3% reduction in premiums to €23.7 billion compared with the corresponding period of 2018. Residual revenue of capitalisation products (€2.2 billion) was up slightly (+3%) compared to 2018. The trend in new premiums relating to long-term health policies (Branch IV) was positive with a volume that, although still limited (approximately €68 million), grew significantly (+37.8%) compared to the same period in 2018.
Single premiums continued to be the preferred form of payment for policyholders, representing 94% of total premiums written and 64% of policies by number.
With regard, finally, to the distribution channel, around 66% of new business was obtained through banks and Post Offices until December 2019, with premium revenue of about €60 billion, up slightly (+3.6%) compared with the same period of 2018.

P&C business
Total direct Italian premiums in the P&C insurance market, thus including policies sold by Italian and overseas undertakings, based on the available official data (source: ANIA) amounted to €27 billion at the end of the third quarter of 2019, up compared to the same period in 2018 (+3.3%). The performance was helped by both the growth in other P&C classes (+5.7%) with total volumes of €14.4 billion and more marginally the growth of premiums of the Auto sector, which recorded an increase of 0.6% compared to the third quarter of the previous year and volumes totalling €12.6 billion.

In terms of distribution channel, in relation to the premiums collected by Italian companies and representatives of non-EU companies, agents continue to lead the way with a market share of 74.1%, slightly down on the figure for the end of the third quarter of 2018 (75.7%). Brokers are the second largest P&C premium distribution channel, with a market share of 8.3%. The market share of bank and Post Office counters increased compared to the same period in 2018 at 7.9% (6.7% in the third quarter of 2018); this growth is attributable to the involvement in the marketing of premiums in the Credit and Monetary losses lines of business.


1. Internal processing and estimates on Bank of Italy data (supervisory reporting flows).
2. AGCom Communications Observatory no. 4/2019.
3. MVNO (Mobile Virtual Network Operators) are virtual operators that do not have their own network infrastructure, but use that of a traditional operator to provide telephony services to   their customers.
4. Machine to Machine (M2M) is a technology capable of connecting different devices (machines) to each other, allowing the exchange of data and information. The feature of M2M   SIMs is that they are dedicated to data traffic.
5. Source: https://wearesocial.com/it/blog/2020/01/report-digital-2020-i-dati-global. 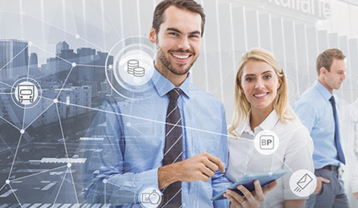 About our lines of business 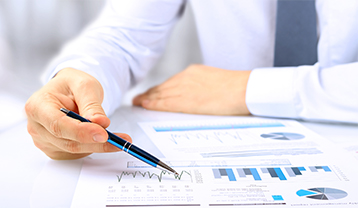 About our financial results