As of 31 March 2020, structural financial debt of the Group towards third parties amounts to €623 million, consisting in a Private Placement issued by Poste Italiane SpA of €50 million and two loans granted by the EIB - European Investment Bank, aimed at financing some investment projects, of €173 million (maturity date March 2026) and €400 million (maturity date October 2026).

On the same date, the Strategic Business Unit Mail, Parcels and Distribution has Liquidity in bank and postal current accounts of €1,321 million, and has €500 million notional amount of Italian Government Bonds (BTP) classified as HTCS (hold to collect and sale) used for repurchase agreements of approximately €509 million. Such amounts represent the Group's free liquidity generated by the company's self-financing capability, partly attributable to Poste SpA and partly deriving from the centralization of the Group liquidity and from the related cash pooling activity by the parent company.
Furthermore, as of 31 March 2020 Poste Italiane SpA has Revolving Credit Facilities committed of €2 billion fully undrawn and short-term uncommitted credit lines of €1,021 million drawn for €20 million.

In addition, in April 2020, in order to have additional liquidity and to cope with any adverse scenarios related to the COVID-19 pandemic: Note: all amounts are expressed at nominal value and exclude leases deriving from the application of IFRS 16, funding from current account deposits of BancoPosta, repurchase agreements, derivative financial instruments and other financial liabilities mainly referring to BancoPosta RFC 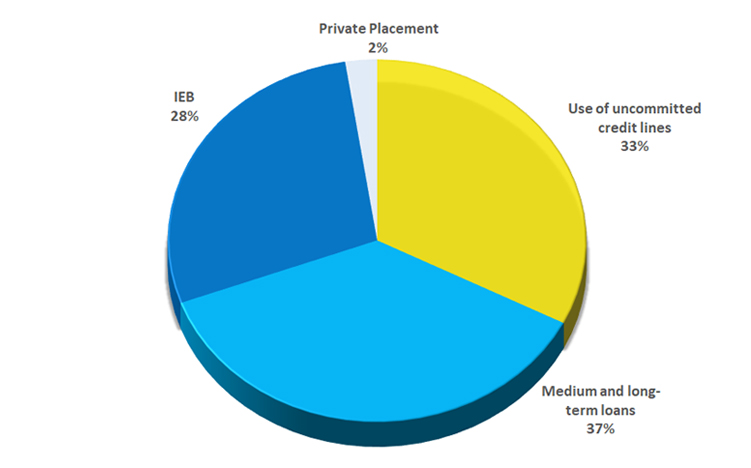 The current Group debt structure is 100% at a fixed rate, as shown in the graph below. 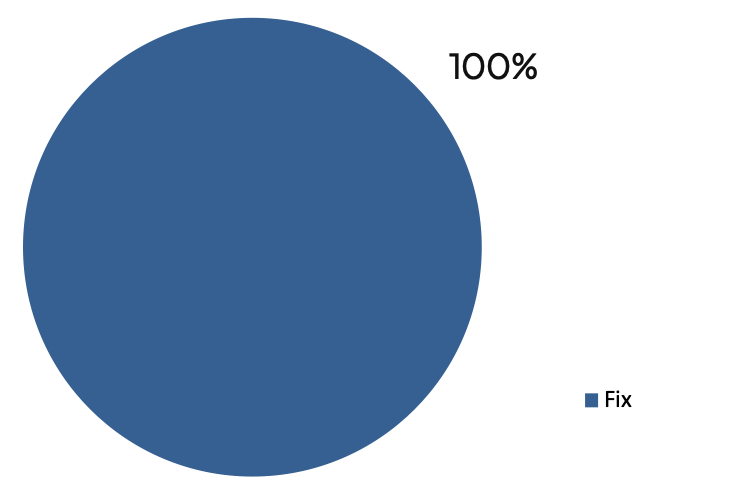 * Note: the €50 million Private Placement has been swapped into a fixed rate. 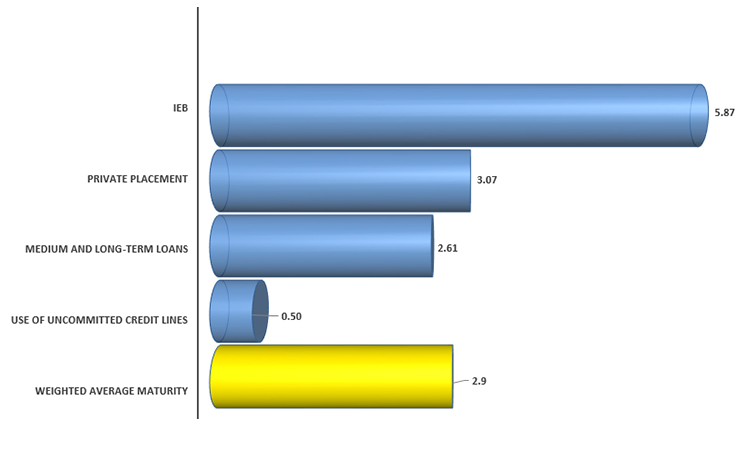 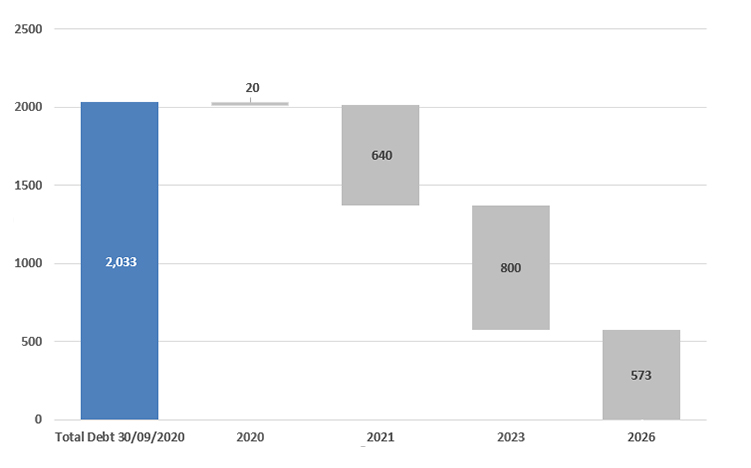 Poste Italiane SpA has an EMTN Programme listed on the Luxembourg Stock Exchange for a total amount of €2 billion. As of 31 March 2020, the amount of the bonds outstanding is of €50 million, referred to a single Private Placement. The Base Prospectus has been updated on 18 July 2019 and supplemented on 8 October 2019.