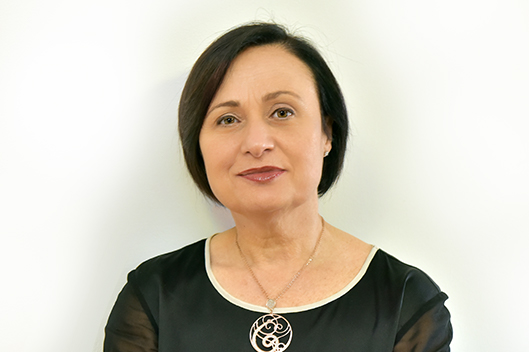 Born in Florence in 1962. Married with one daughter.

She began his career at the Ministry of Post and Telecommunications in 1982 holding various positions in the Florence General Post Office, Florence Provincial Head Office and Sicily Regional Head Office.

In January 2018 she became Head of the Business Sales and Public Administration.