The impacts generated by Poste Italiane Poste Italiane’s business activities, in addition to generating direct impacts (i.e. closely linked to the Company’s economic activity), requires the purchase of goods and services produced by other companies (generating indirect impacts) and allows families who have received income thanks to the work done for the Group and its suppliers to purchase new goods and services (generating induced impacts).

Through its leadership in the logistics, financial, insurance and payment services sectors, Poste Italiane plays a key role in the creation of economic value both for the stakeholders directly impacted by its business activities and for the country as a whole. In particular, the activities carried out by Poste Italiane generate impacts on GDP, employment income, employment and contributions to PA. Impacts can be distinguished into: 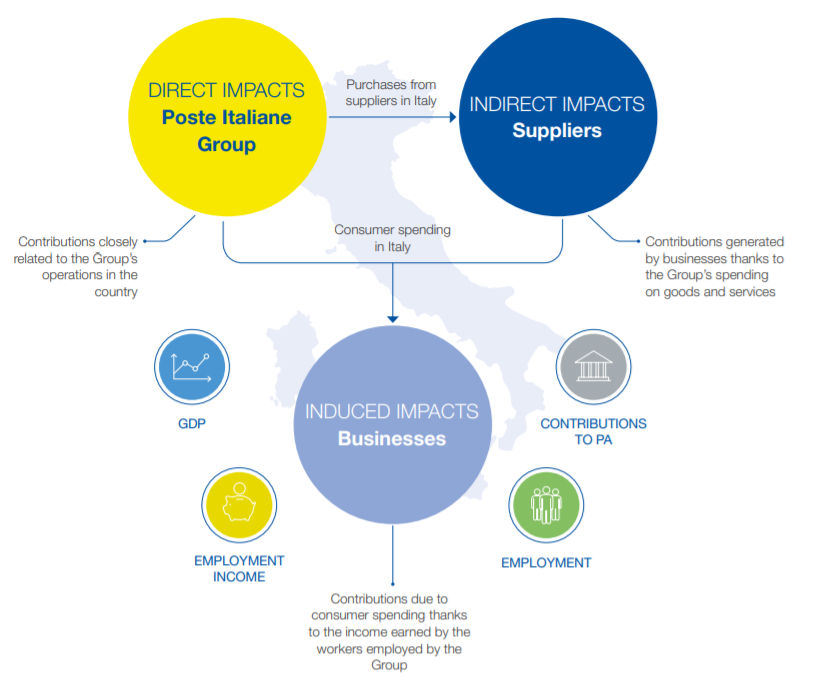 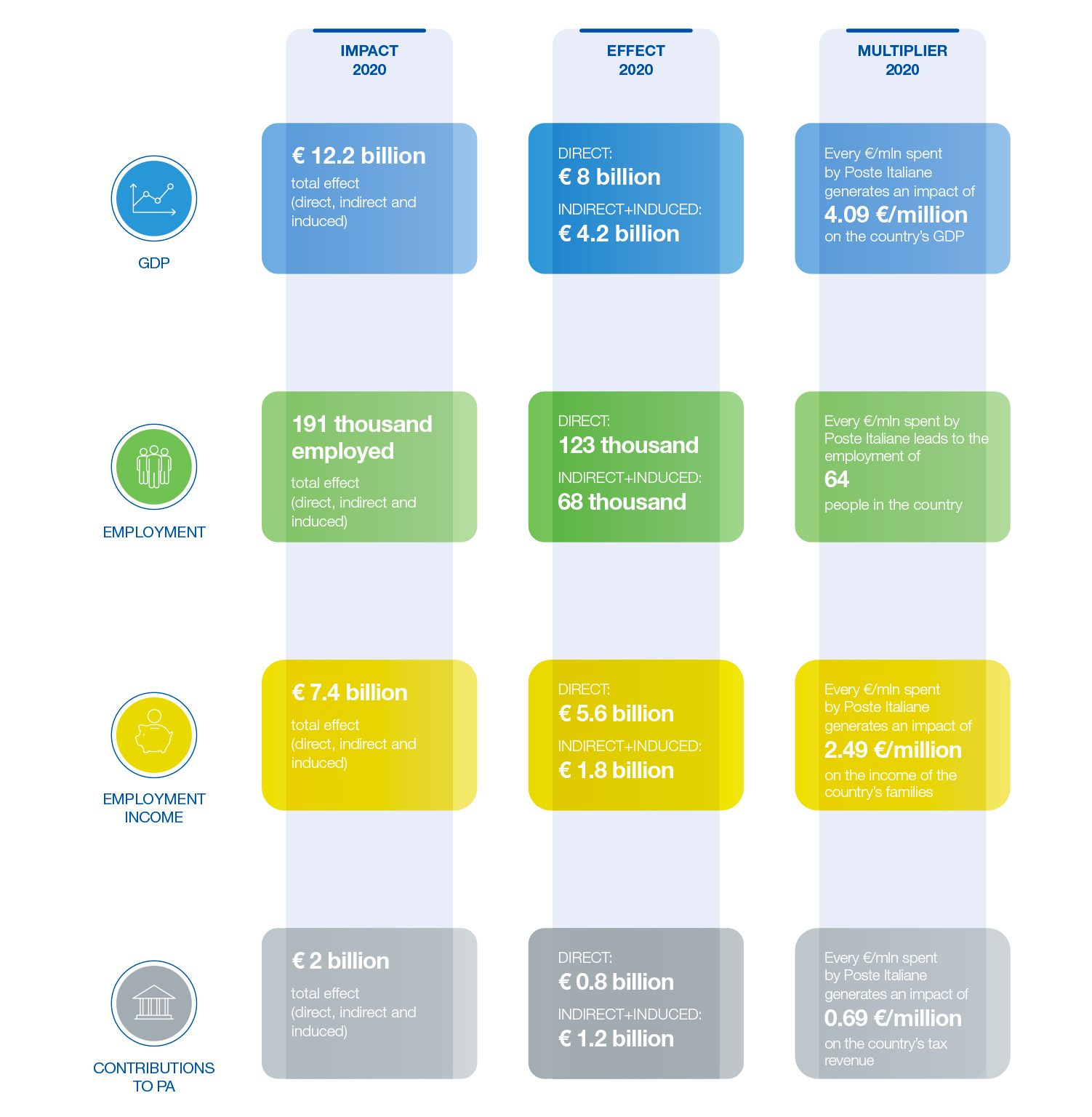 In 2020, Poste Italiane Group generated impacts on the country in terms of Gross Domestic Product (GDP) totalling €12.2 billion and in terms of employment totalling approximately 191 thousand jobs and €2 billion in terms of tax revenue. It may also be estimated that a total of 191 thousand workers have been involved along the production chain. The use of this workforce entails the distribution of income to workers, for a total of €7.4 billion. A significant indicator of the Company's impact on the Italian economy is the so-called “multiplier”, a factor that shows the leverage effect generated by spending on purchases from local suppliers.

According to estimates, €1 million spent by Poste Italiane is able to generate an impact on the economy of €4.09 million in terms of GDP, €0.69 million in tax revenue and €2.49 million in employment income, creating over 64 jobs in the production system. Below are two focuses on the area of Poste Italiane's suppliers, respectively the impacts generated by Italian suppliers in the individual Territorial Areas and the indirect contributions generated by Italian Small and Medium Enterprises (SMEs) suppliers.

Considering the region of the registered office of suppliers, the indirect impacts generated by them in each Territorial Area in 2020 have been identified.

With reference to the various areas examined, there are values of Gross Domestic Product between €60 million and €1 billion. This results in an employment level of no less than one thousand people and total employment income between €40 million and €450 million approximately.

Considering the parameters defined by the European Commission, the Italian suppliers that are characterised as SMEs and the indirect impacts related to them have been identified.

In 2020, SMEs impacted on the level of Gross Domestic Product for a value of €1.2 billion, leading to the employment of 21,000 people and an income distribution of around €567 million. Lastly, more than €370 million have been created in terms of tax revenue.