The value of diversity for an inclusive corporate culture.

The Company maintains a high level of attention to its own strategy for a correct valorisation of the different needs expressed by people. The exclusive promotion of diversity is an enabling factor for the involvement and engagement of people to achieve corporate objectives. In addition, increasing awareness in the management of diversity creates a competitive advantage for the Company and shared social value.

Projects to support diversity and promote social inclusion are part of a wider design, with the aim of ensuring the promotion of differences in individuals and in balanced organisational models that guarantee dialogue and the emergence of personal characteristics, while also reducing situations of individual fragility. The purpose of this process is to develop and evolve the way in which diversity issues are dealt with, moving from an approach aimed at protecting and integrating diversity to a proactive strategy to overcome any barriers and resolve the factors that may prevent people from being included in the labour market.

In 2021 the Company continued to carry out orientation programmes with Valore D, intended to encourage school-aged children to follow their dreams, without being conditioned by their gender, through dialogue with internal role models, to actively combat stereotypes held by the younger generations.

Poste Italiane, in fact, invests daily in the creation of an inclusive work environment that is indicative of a corporate culture based on respect for and protection of the female figure in the Company, in order to guarantee all its employees equal opportunities in career paths and counter the gender gap in this sense. As a demonstration of the Company's sensibility to this issue, the Group actively supports the presence of women in STEM (science, technology, engineering and mathematics) positions, typically held by male figures due to their scientific nature, becoming, such a case, a strong expression of the gender gap. As evidence of this, the Company has achieved the target set for the year 2021, in fact including 21 percent of its female workforce in STEM positions, compared to the target set at 20.5 percent. Incentivizing and developing a corporate culture based on respect for and appreciation of diversity also constitutes the prerequisite for being able to develop remuneration systems functional to enhance the skills of each individual, which can guarantee optimal work performance, thus contributing to the creation of lasting shared value. In this regard, Poste Italiane recorded in 2021 a Mean Gender Pay Gap of -0.7% and a Median Gender Pay Gap of 0%.

In this regard, in 2022 the Company entered the Top 100 global gender equality rankings compiled by Equileap. In particular, the Poste Italiane Group was rated as one of the 19 groups worldwide that have overcome the gender pay gap, as well as among the 5 Italian companies that made it into the global ranking and first in the financial sector.

The great attention that Poste Italiane pays to equal opportunities and the development of women in the Company has in fact led the Group to be recognised as one of the best employers of women in Italy. This was confirmed by the research “Italy’s Best Employers for Women 2021” carried out by Istituto Tedesco Qualità ITQF in collaboration with the Media Partner La Repubblica Affari&Finanza. The 200 best employers for women in Italy have been identified by listening to the web in an innovative way and using artificial intelligence. In particular, the results of this study are the outcome of an extensive analysis for which 45 topics were considered, including women, equal opportunities and employment.

Poste Italiane has subscribed to the Women’s Empowerment Principles, the initiative promoted by UN Women and the Global Compact in support of gender equality worldwide as further confirmation of its commitment to supporting the achievement of the Sustainable Development Goals. 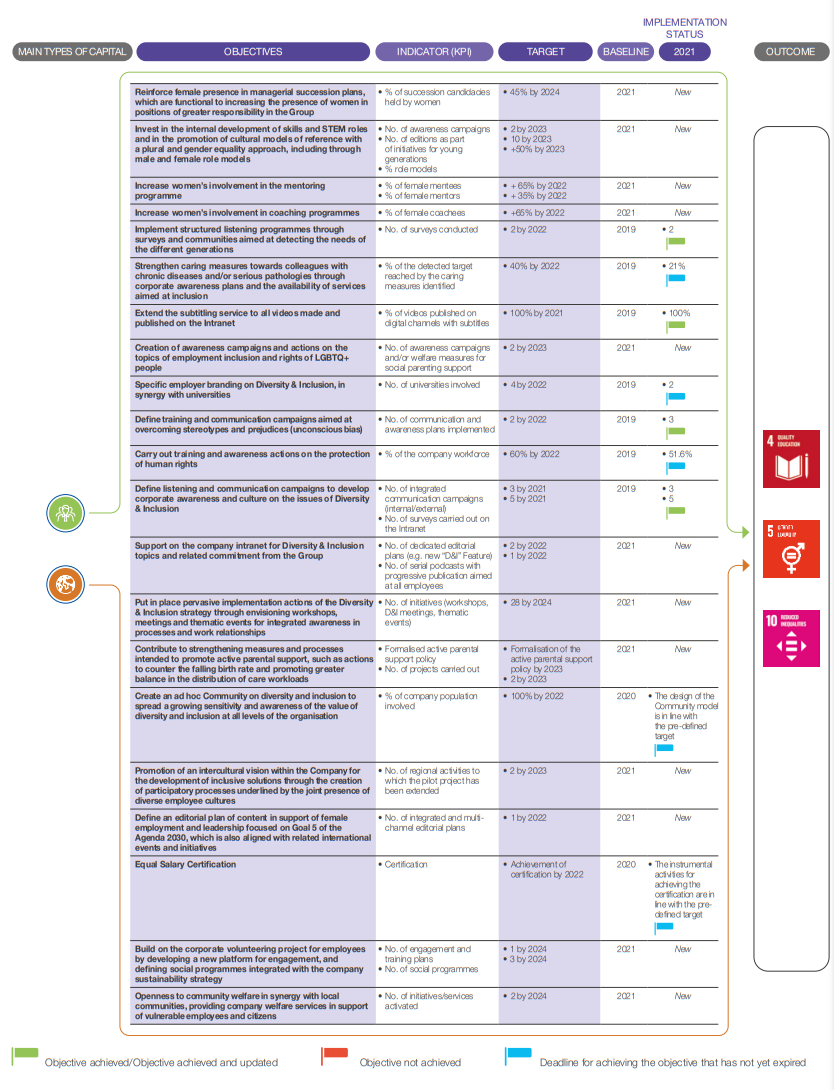