To break the barriers between digital and physical.

The Group's integrated multi-channel platform provides for the monitoring of customers through 3 channels:

Poste Italiane is widely represented all over the country.
The customer physical contact channels are managed by two Poste Italiane functions dedicated to the sale of products and services and specialised by type of customer: Post Office Network and Business and Public Administration. Additional organizational guidance is provided by Group companies to support commercial development.

In the course of 2020, the new commercial model was developed. It saw the overcoming of the organization by channel/product in favour of a model that strengthens the presence on the territory and simplifies dialogue with the territorial structures. With the new structure, the geographical responsibilities of the commercial functions of the Macro Territorial areas, have been redefined, from 6 to 12.

In order to best exploit the potential of the territory, a new organizational model of the post office network that maximises operating efficiency and further strengthens the monitoring of commercial, operational and management indicators. This new model is based on a "Hub & Spoke" logic1, which guarantees, especially for smaller post offices, efficiency and operational continuity in the event of a lack of resources, thanks to the creation of post office areas.

The Post Office Network function manages the commercial front end for the retail and Small Business (POE) segments and is in charge of Macro Area offices, Branches and Post Offices covering the entire country.

1Network management and development system in which connections are made, using by analogy an expression referring to the bicycle wheel, from the spoke to the hub and vice versa. In this specific case, the Hub Office Manager is responsible for coordinating resources in terms of planning personnel attendance and managing replacements in the event of sudden absences, as well as providing commercial support, especially for products sold at the counter 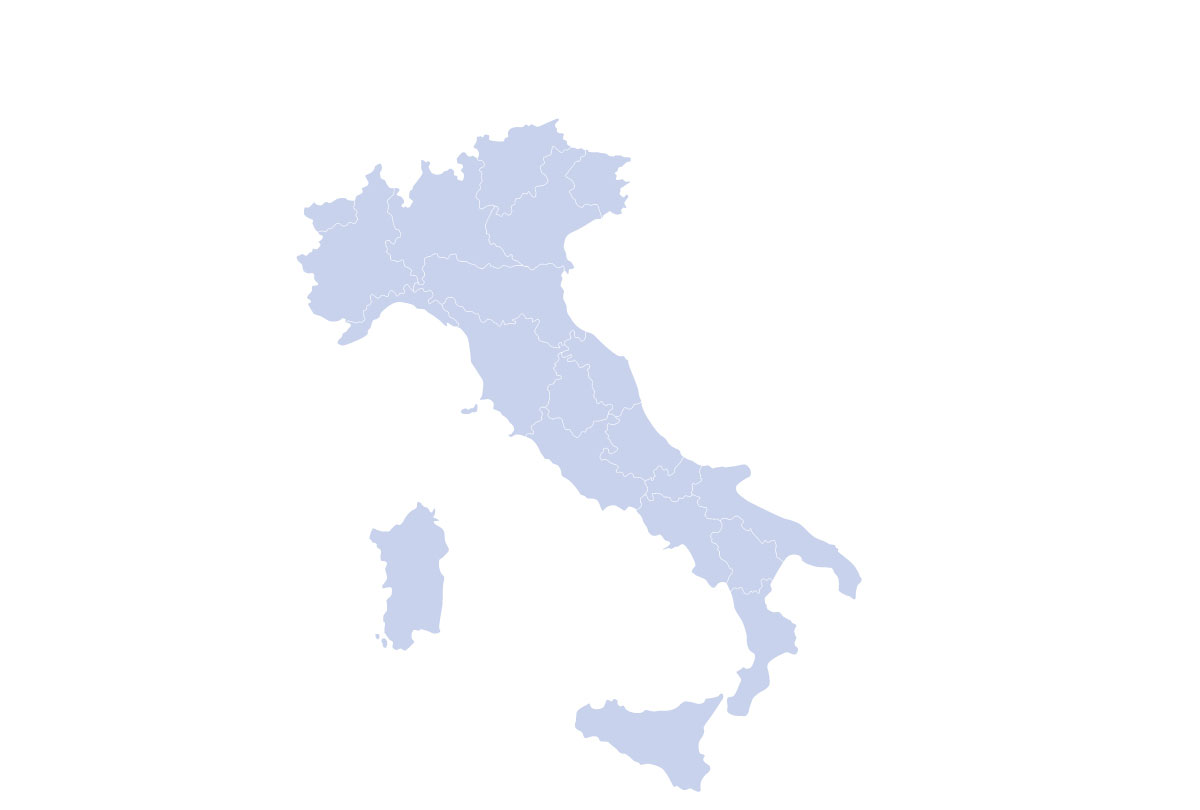 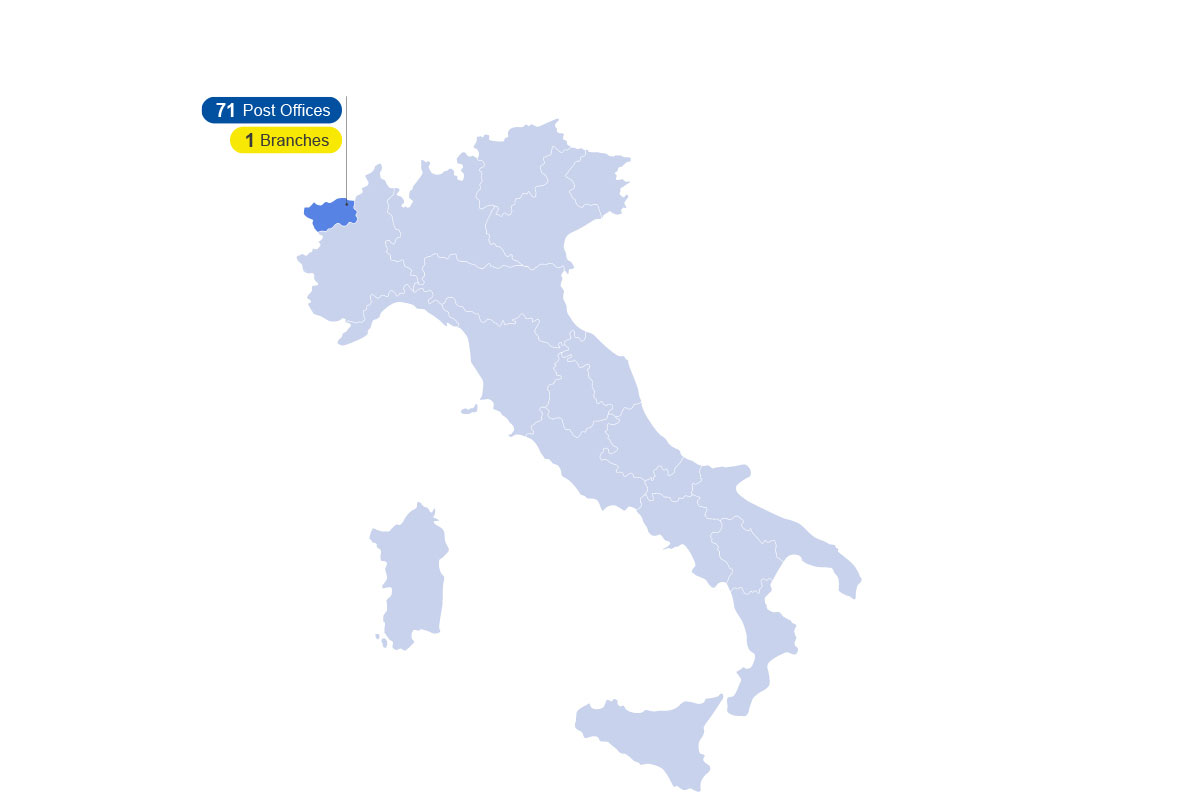 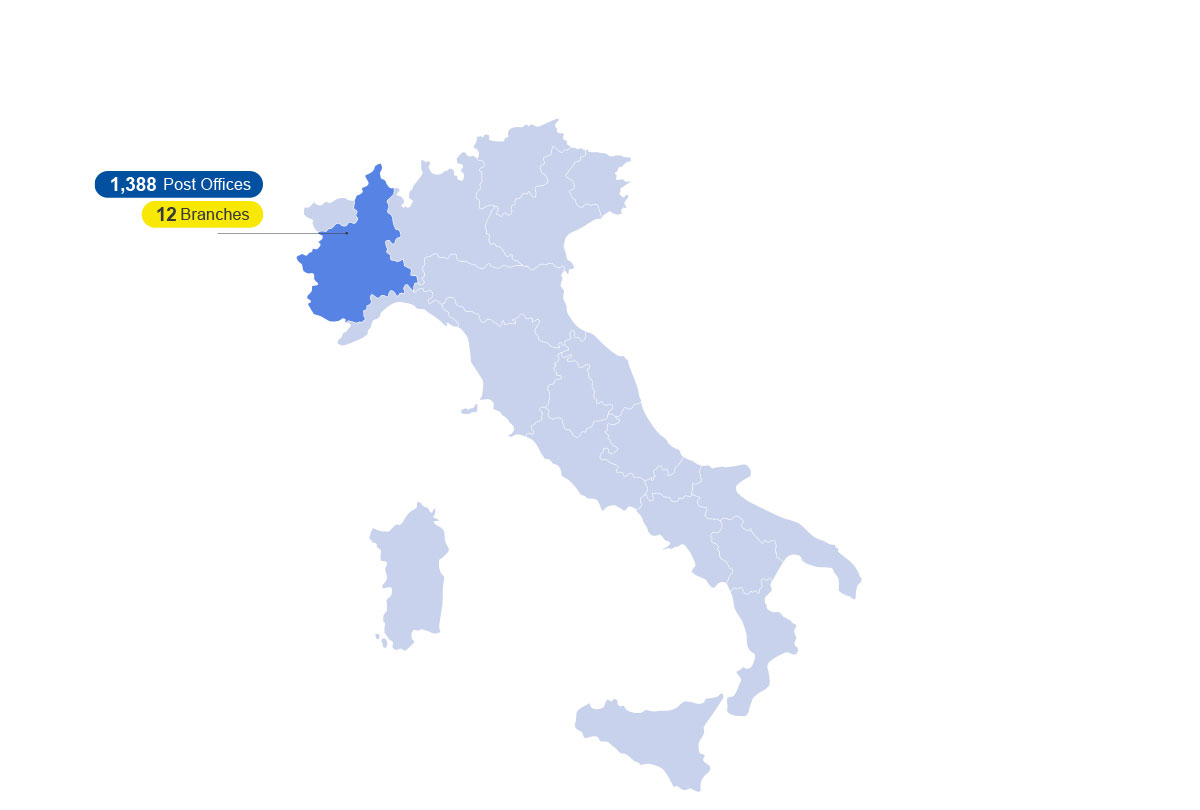 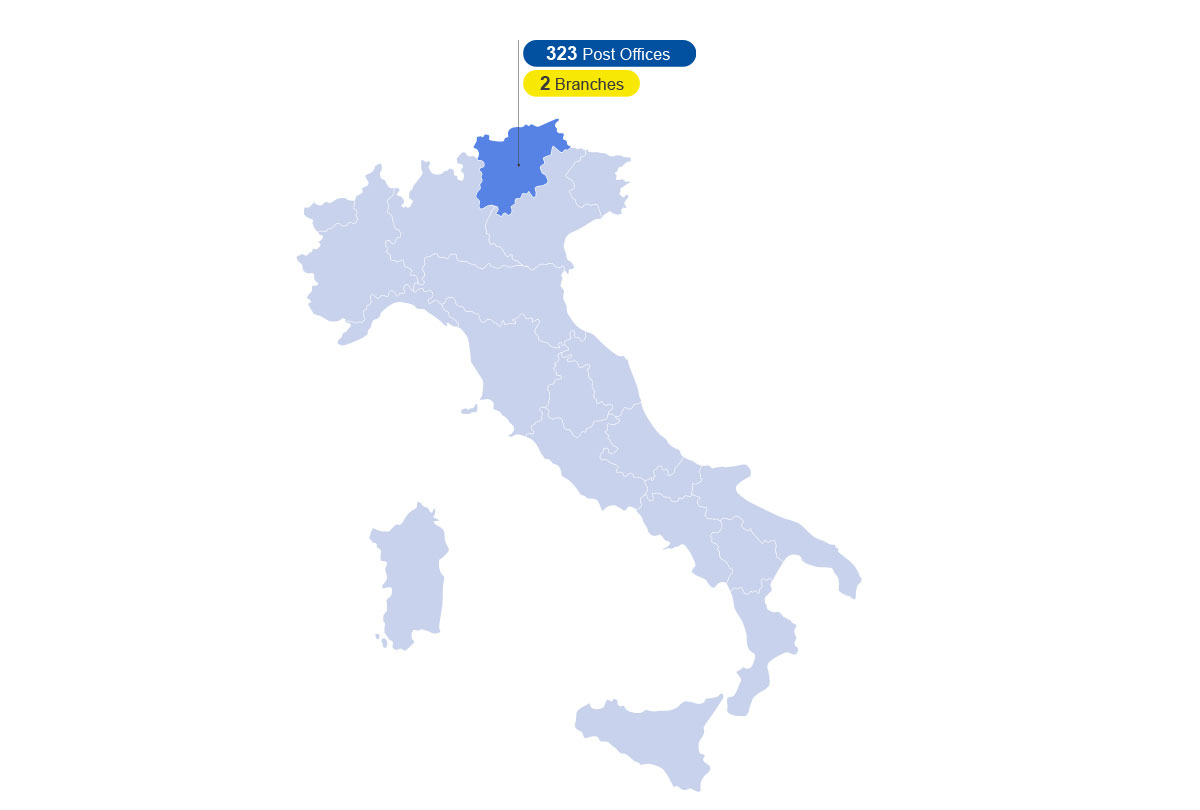 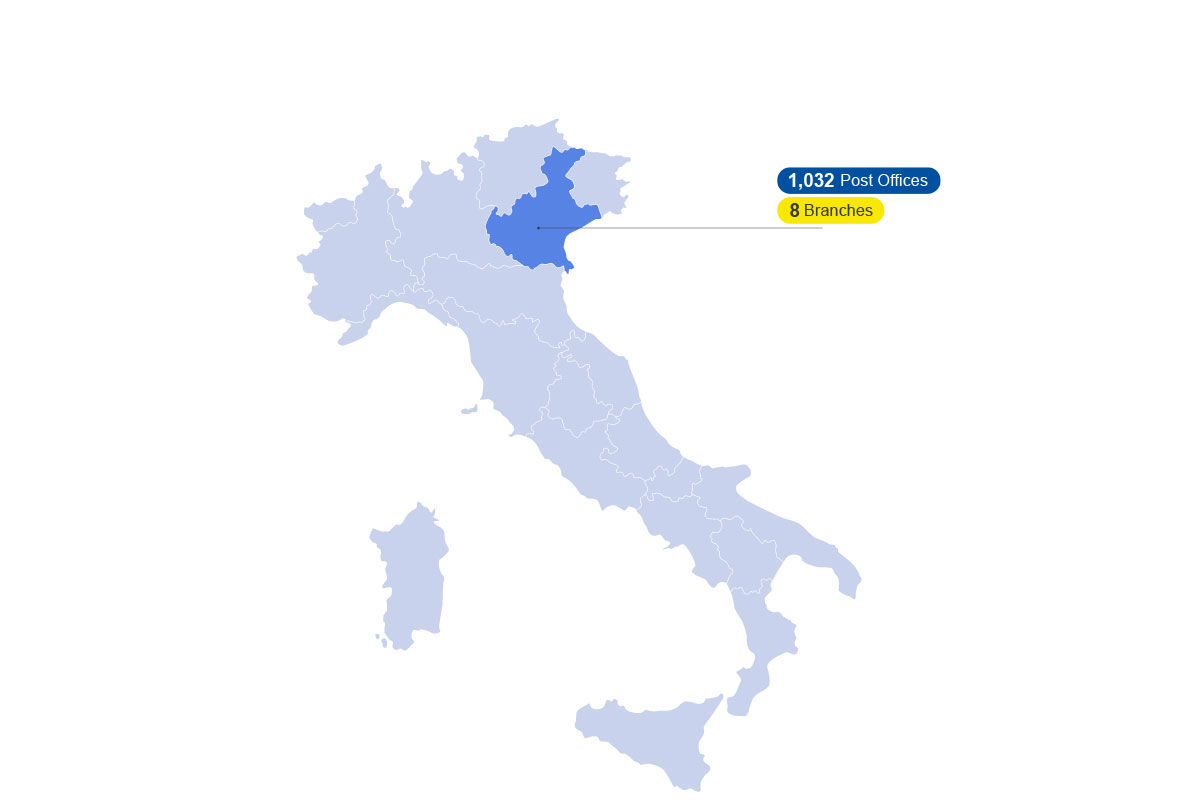 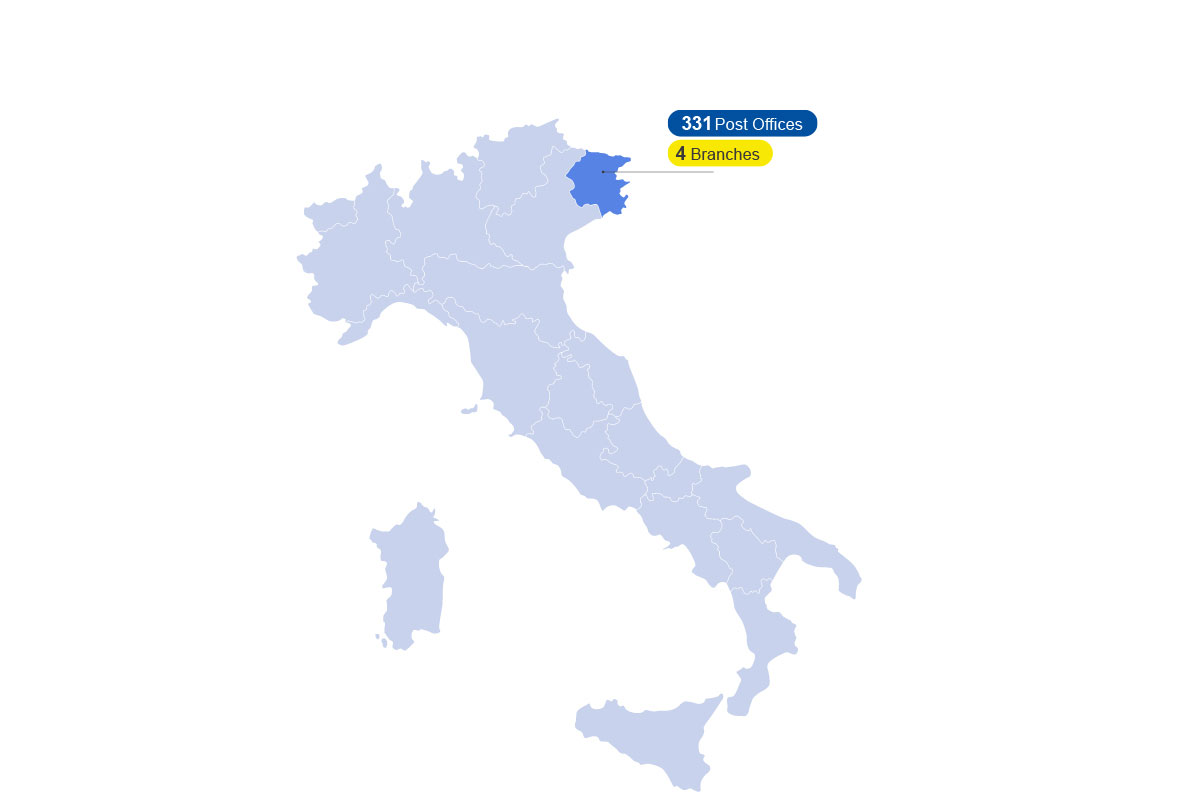 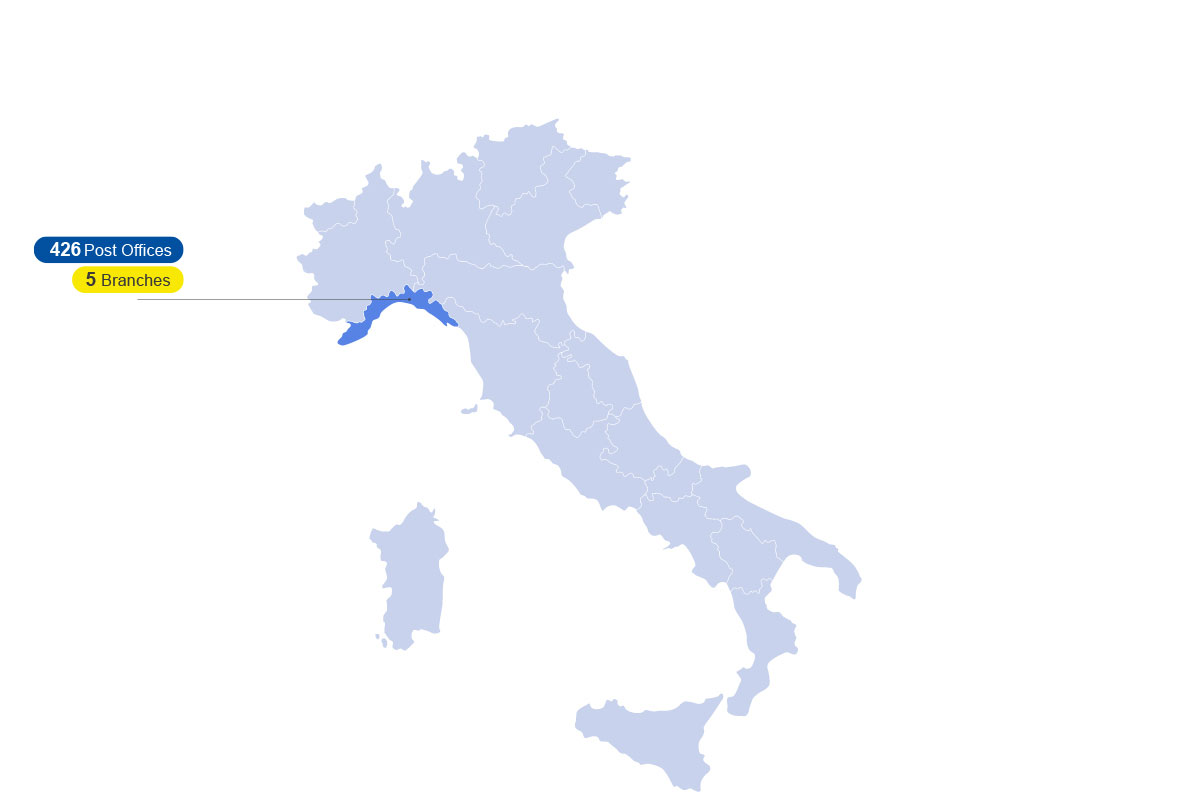 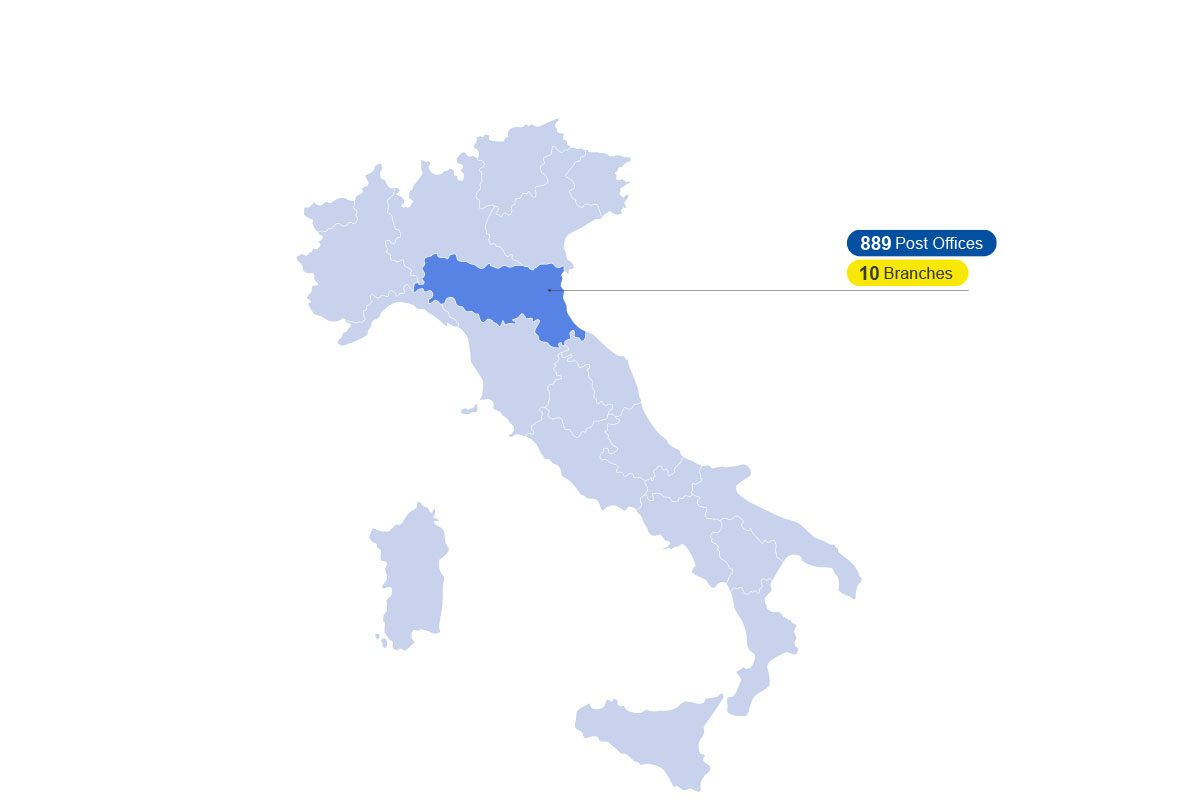 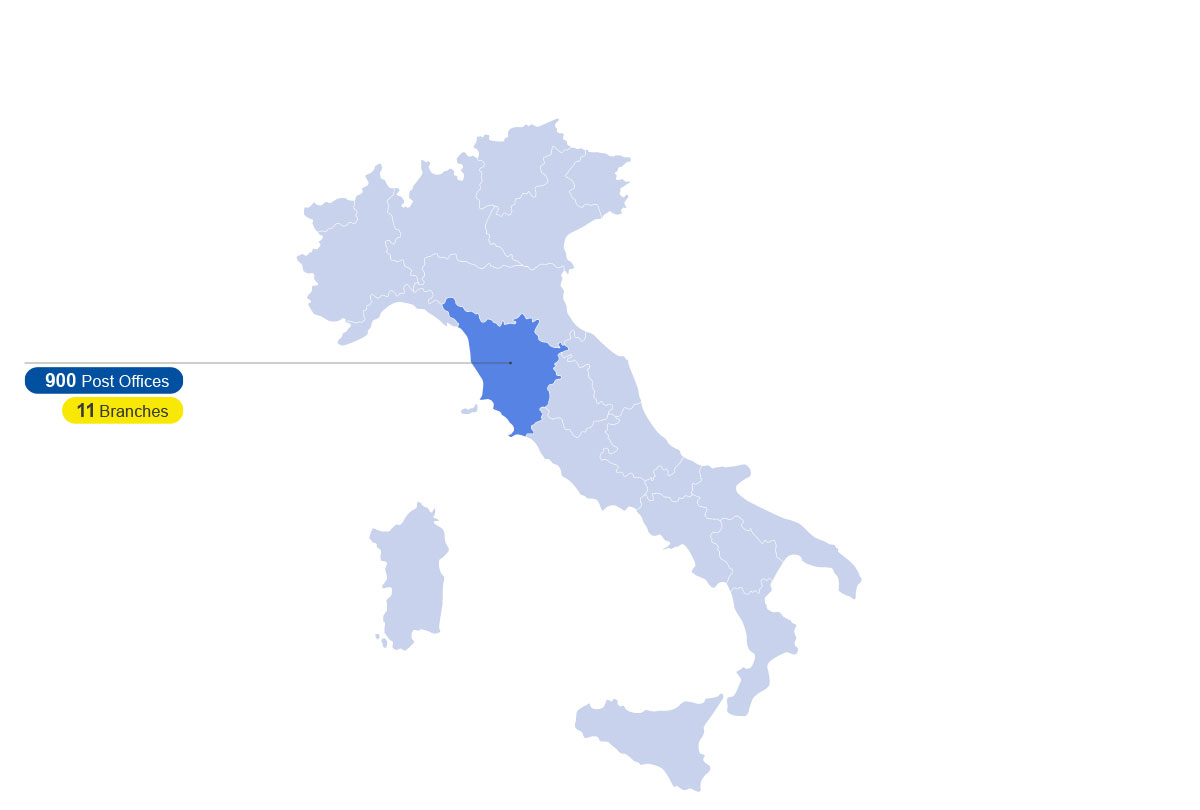 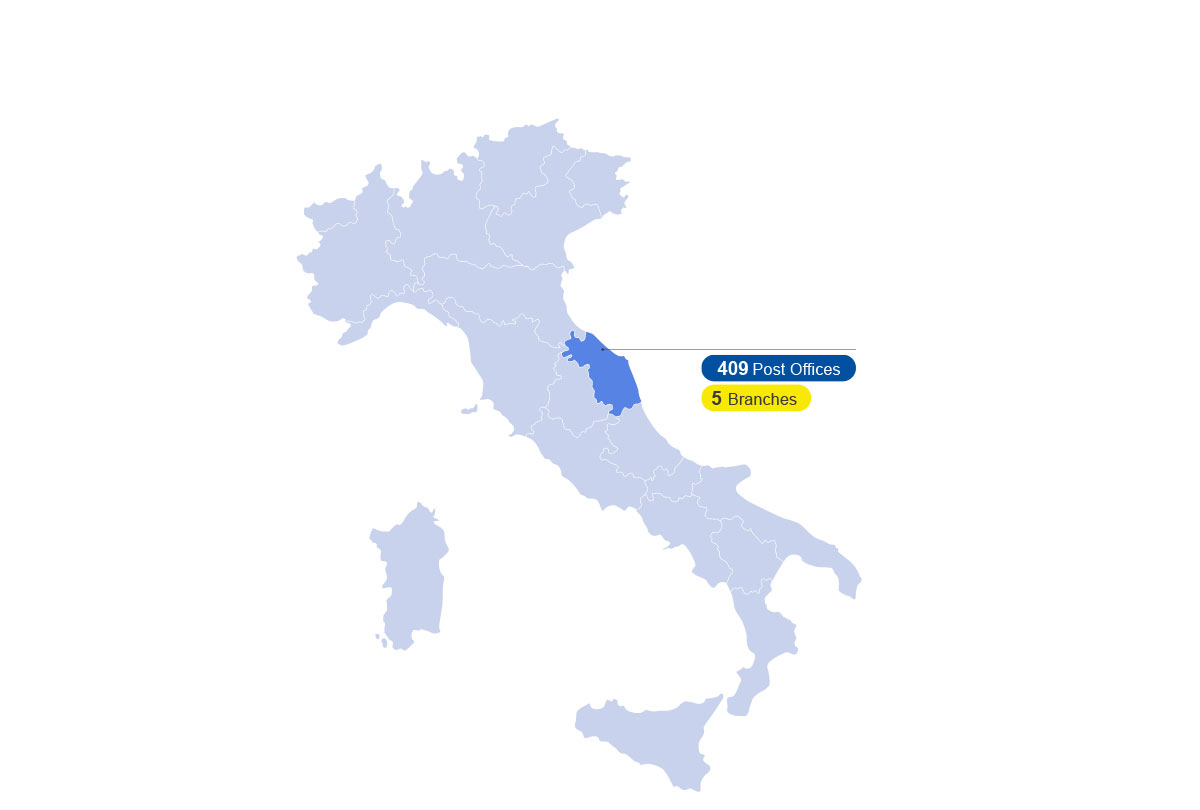 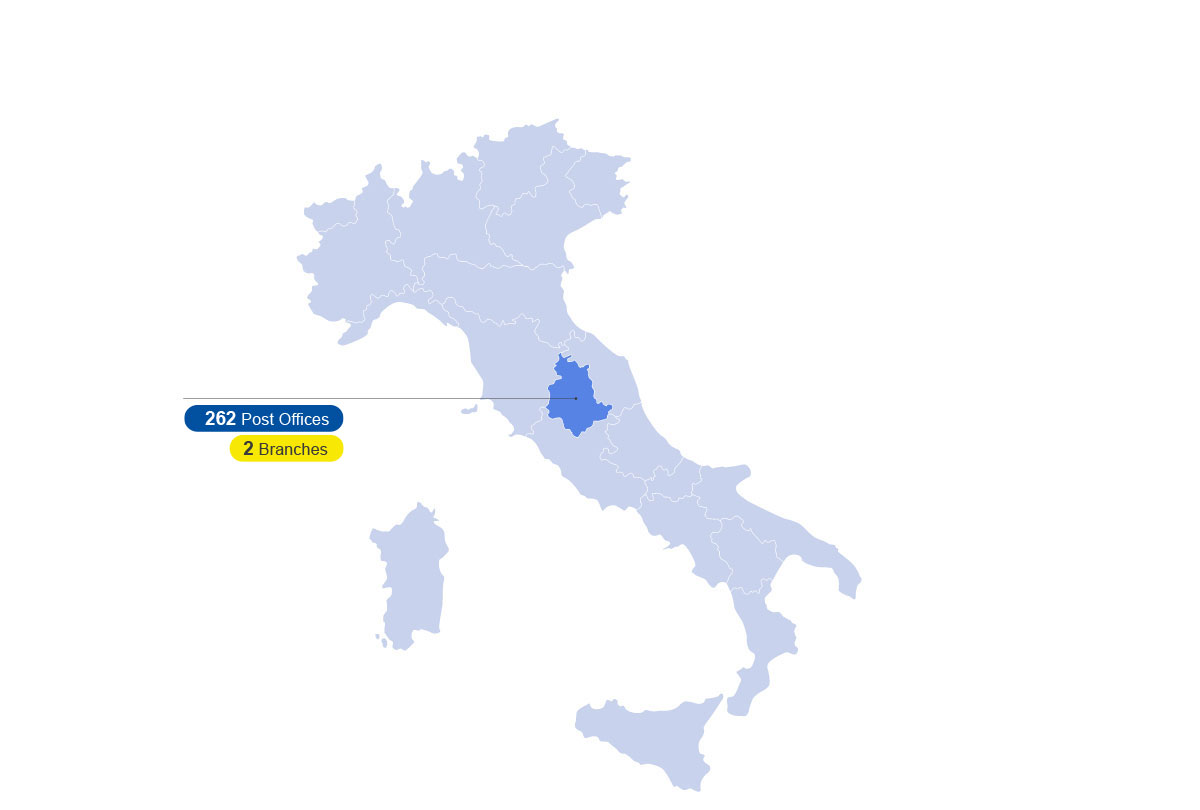 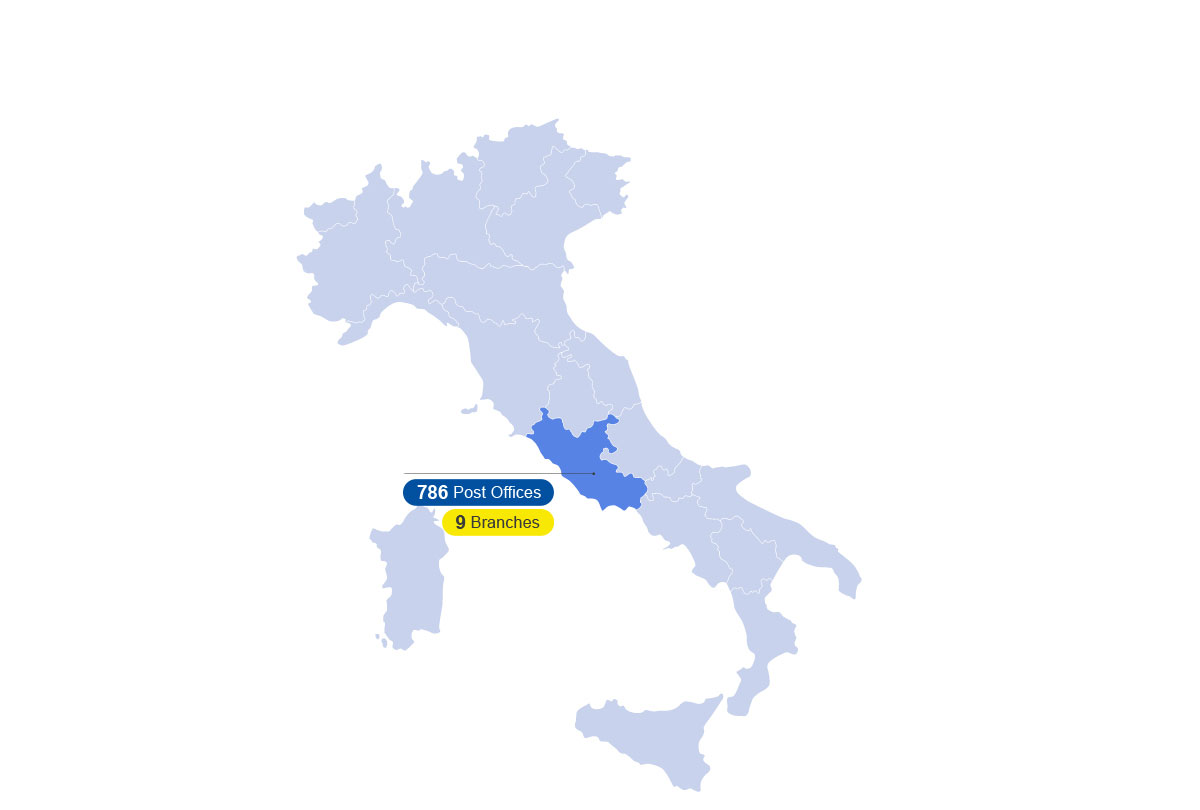 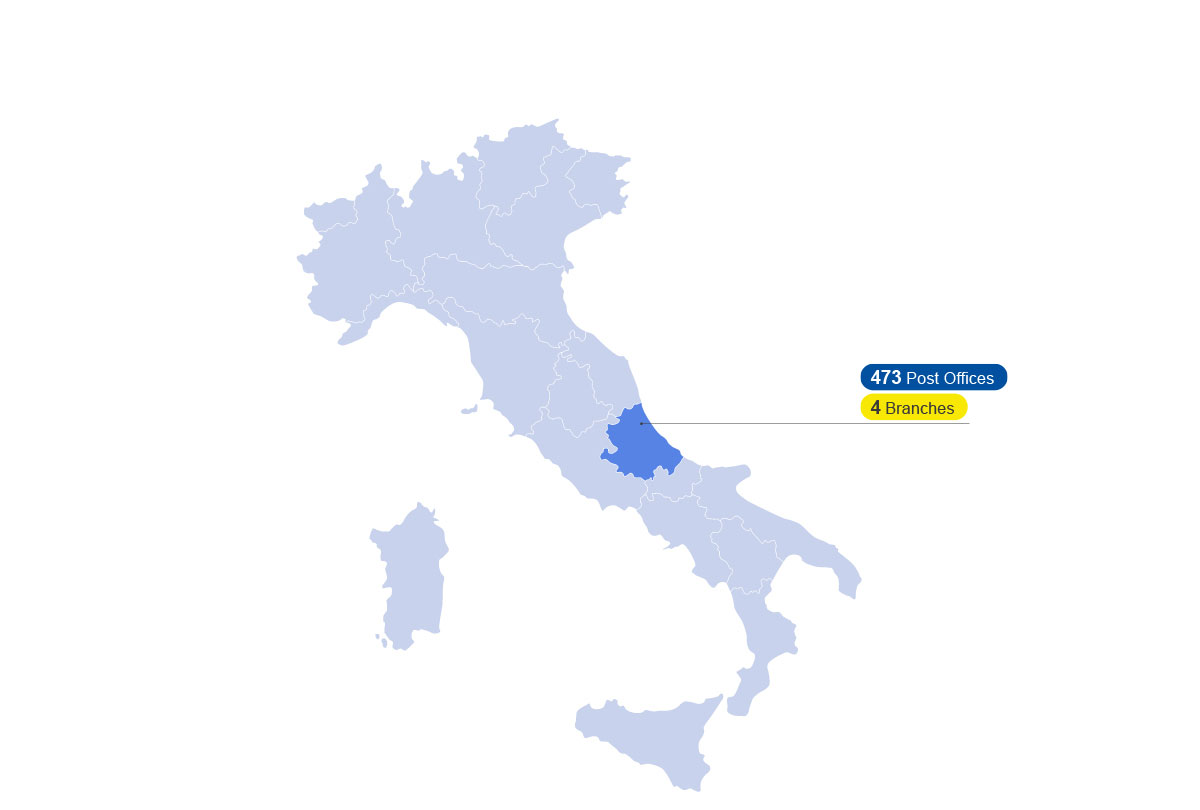 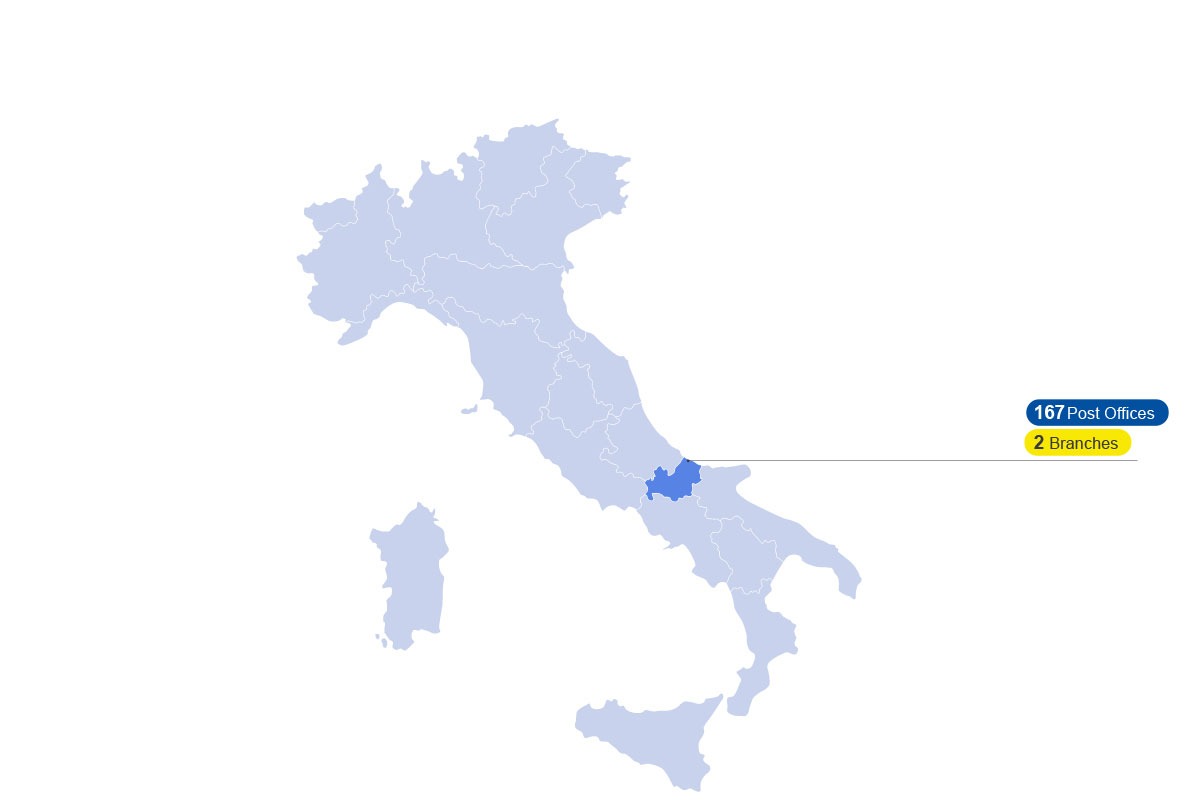 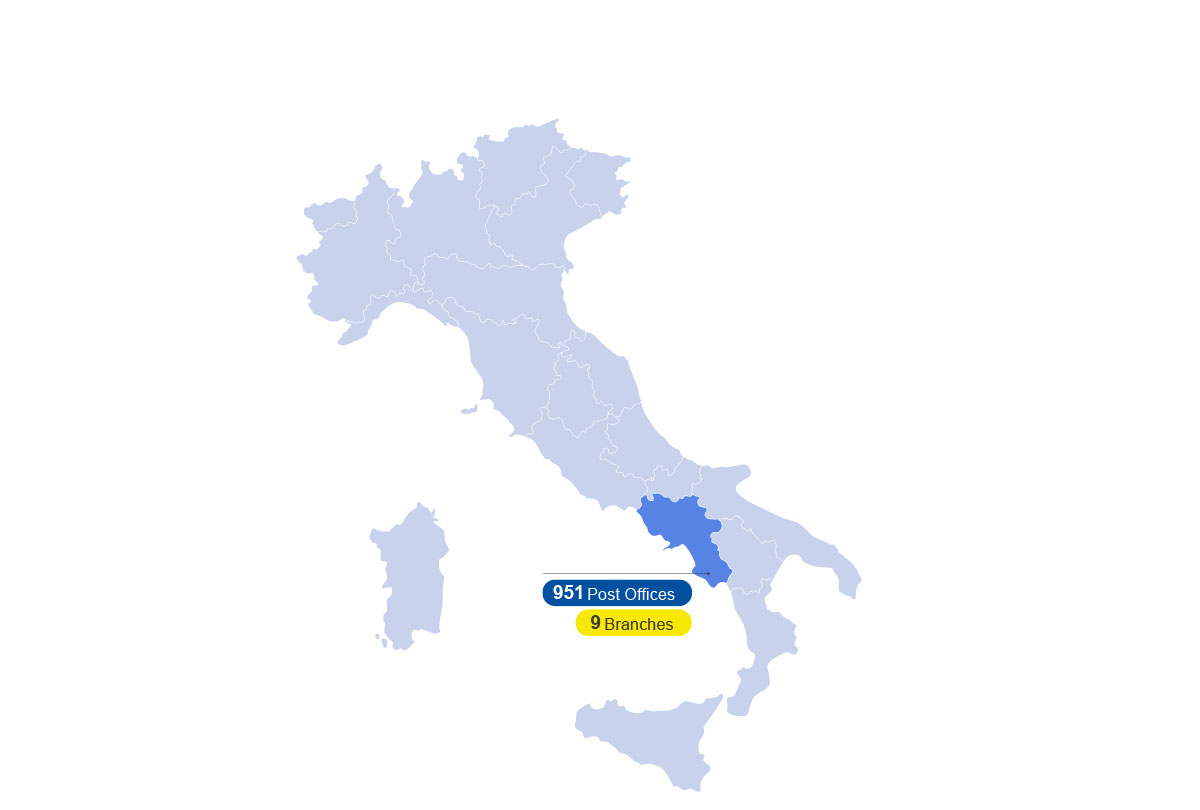 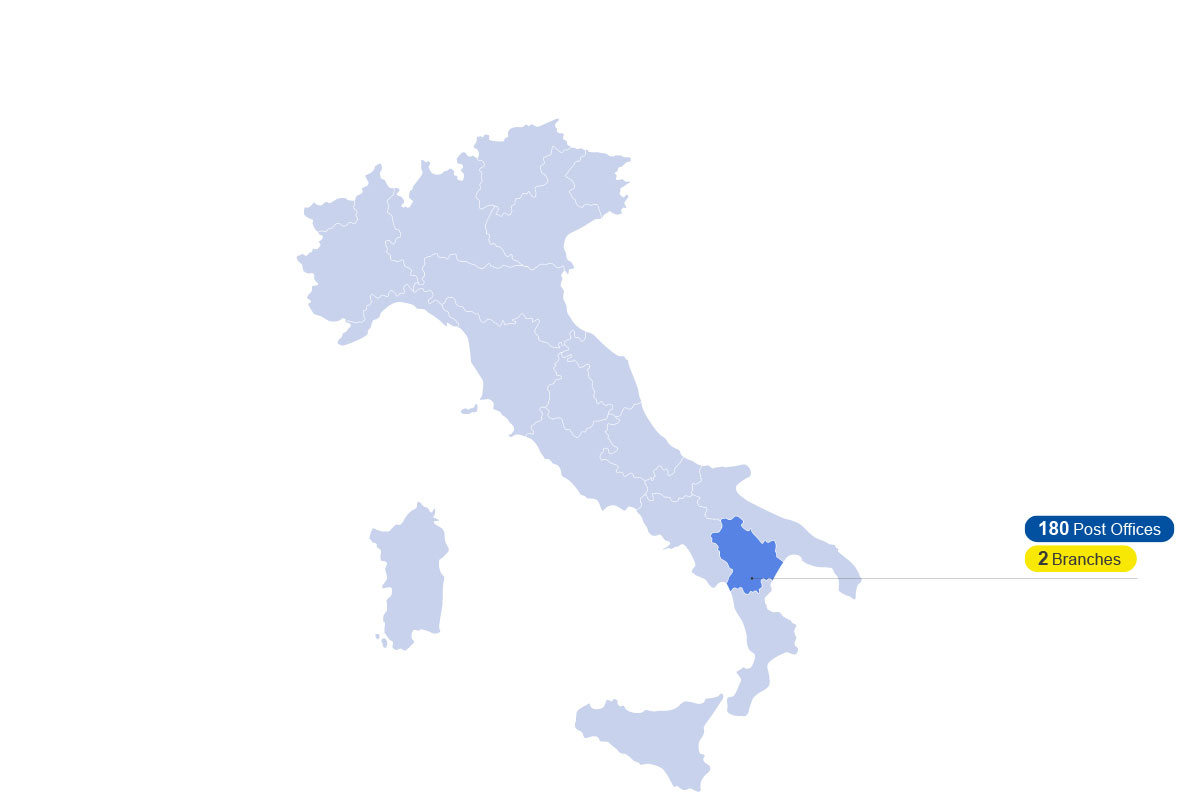 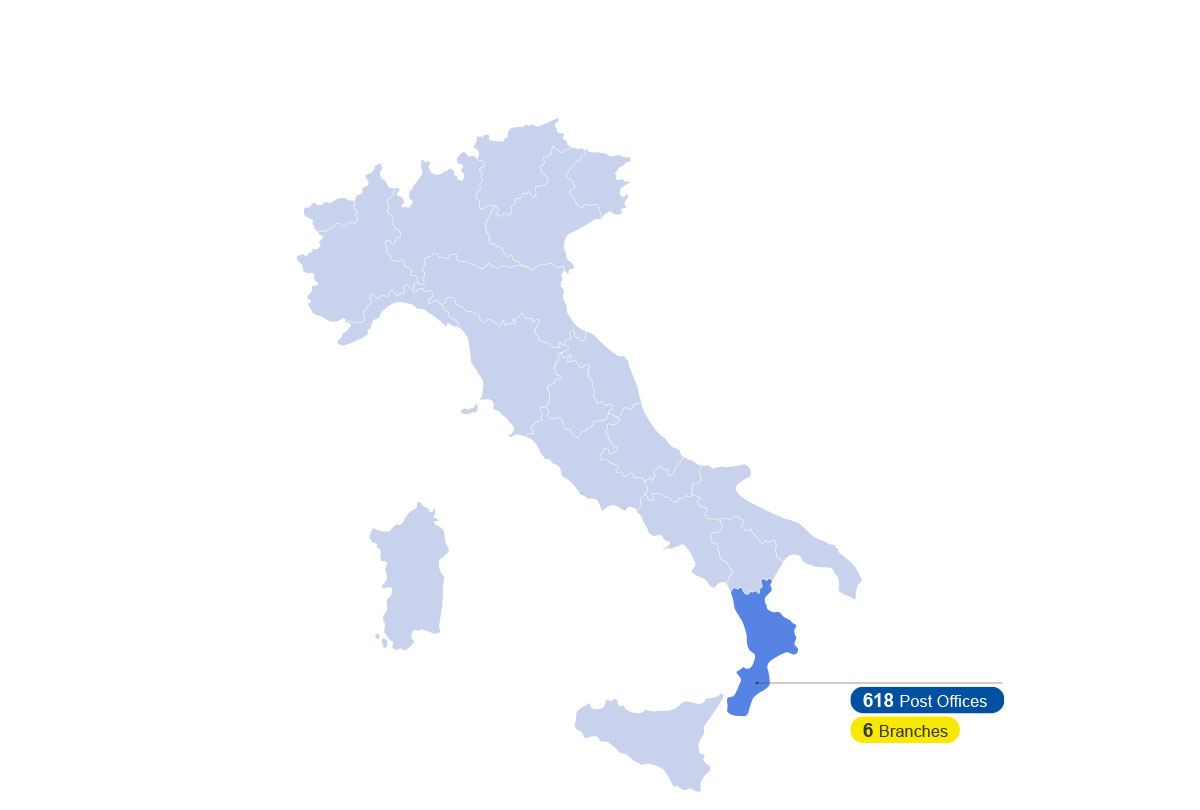 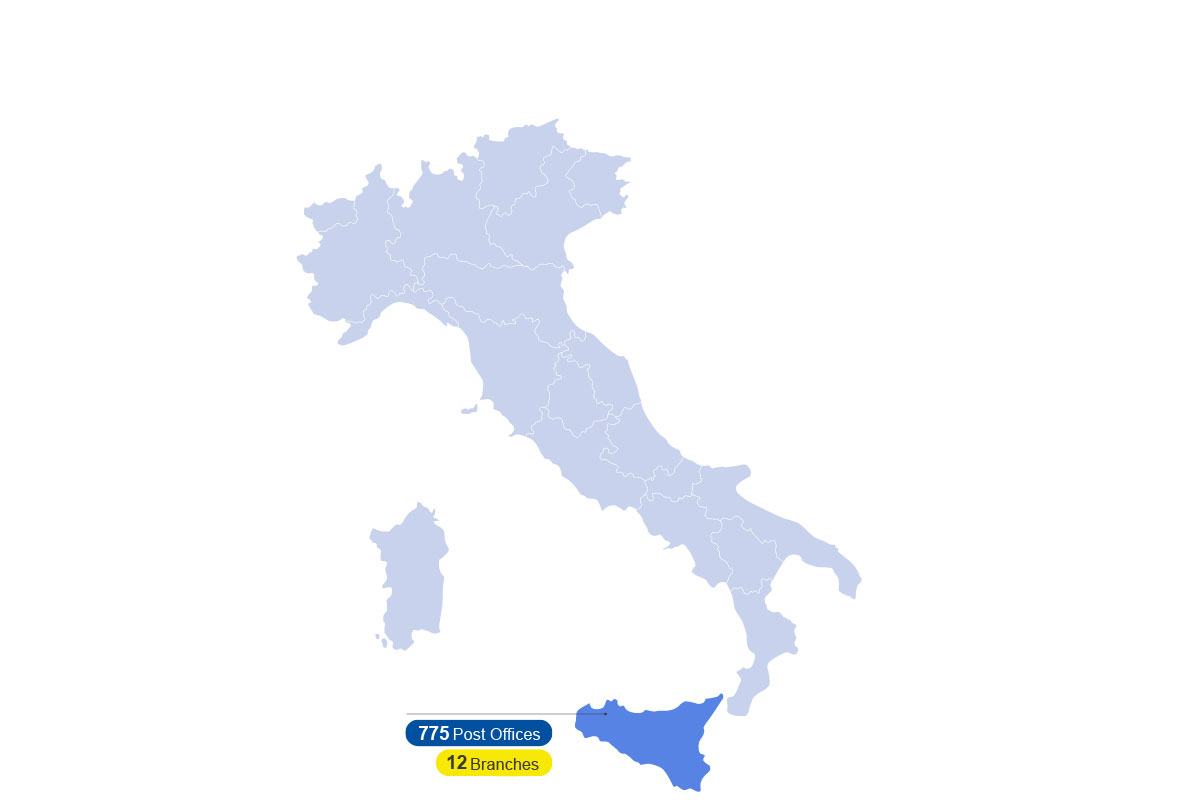 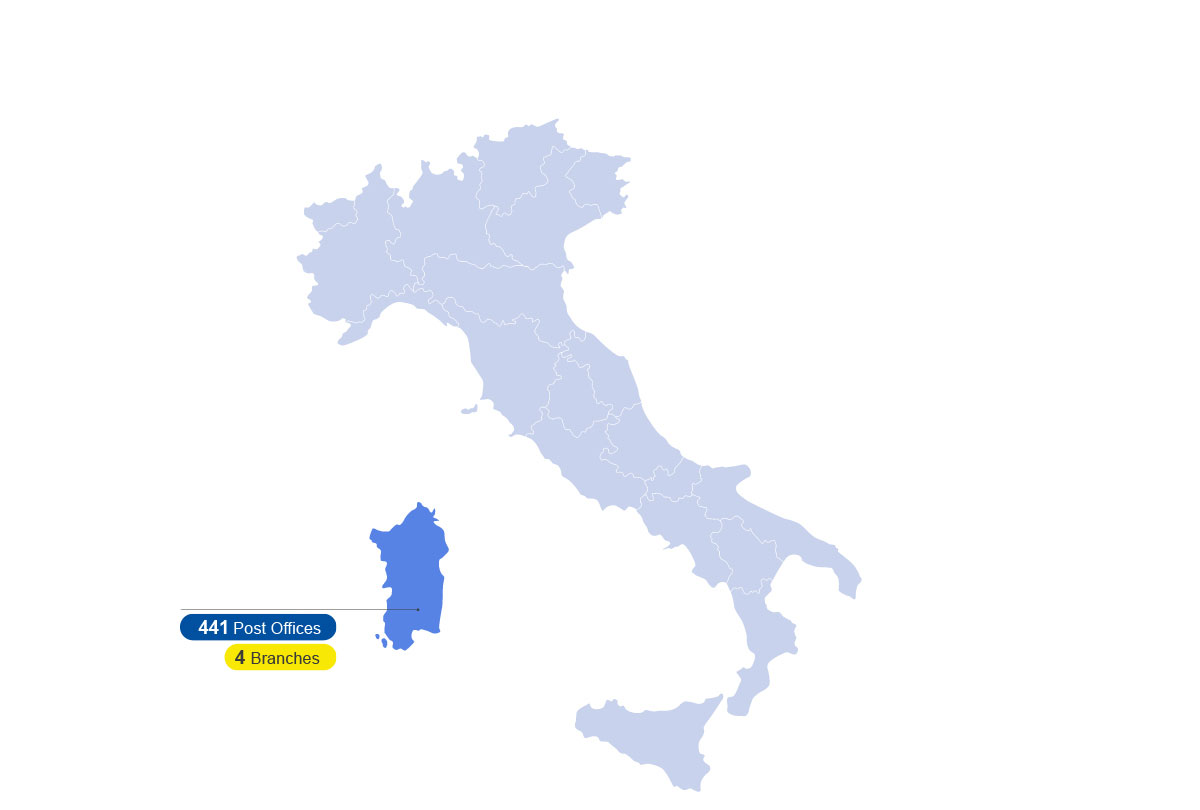 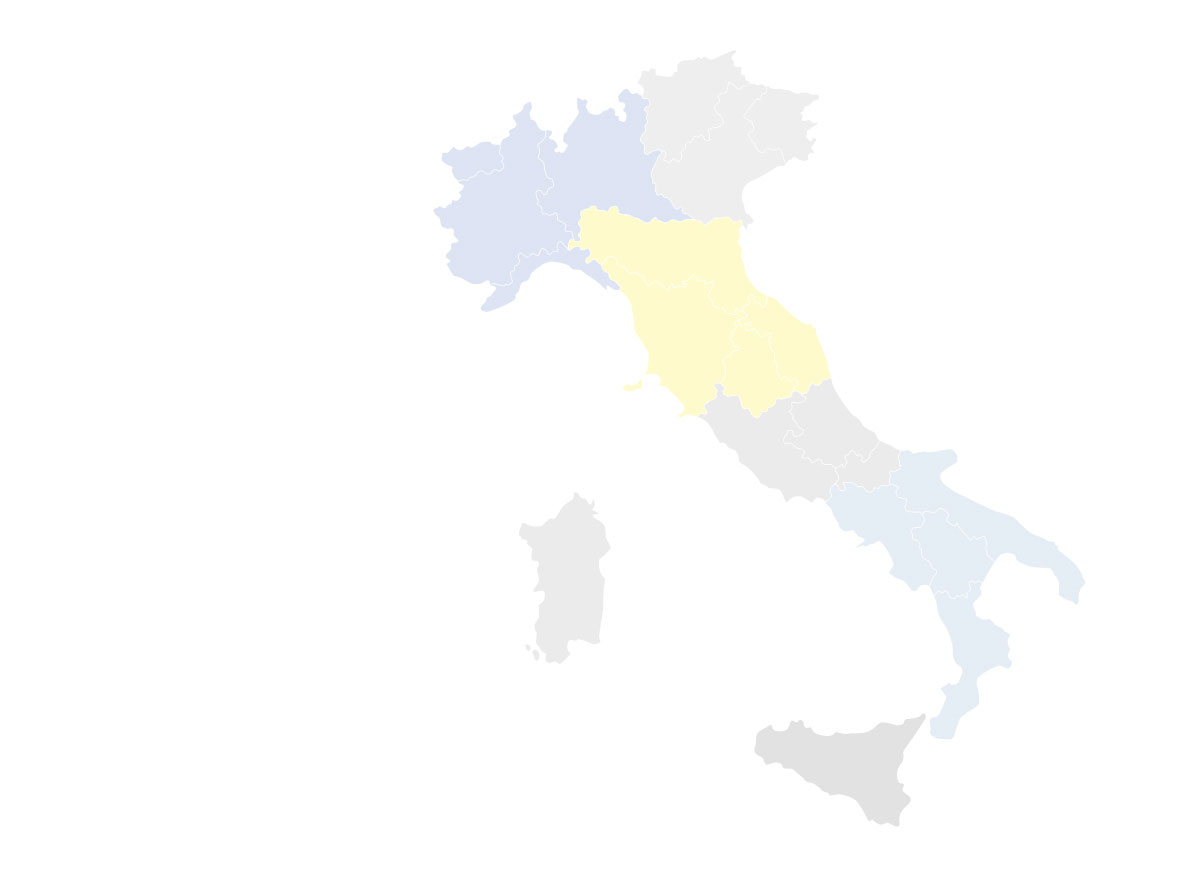 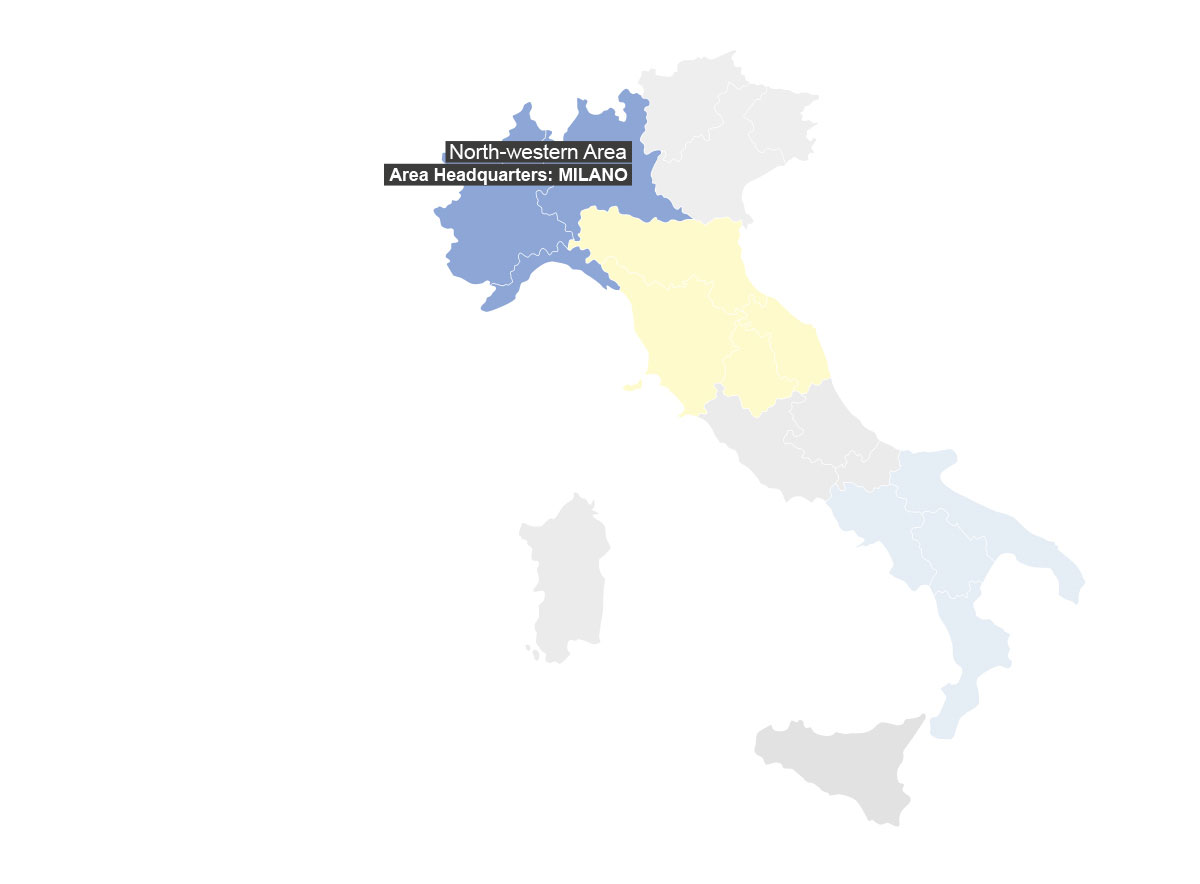 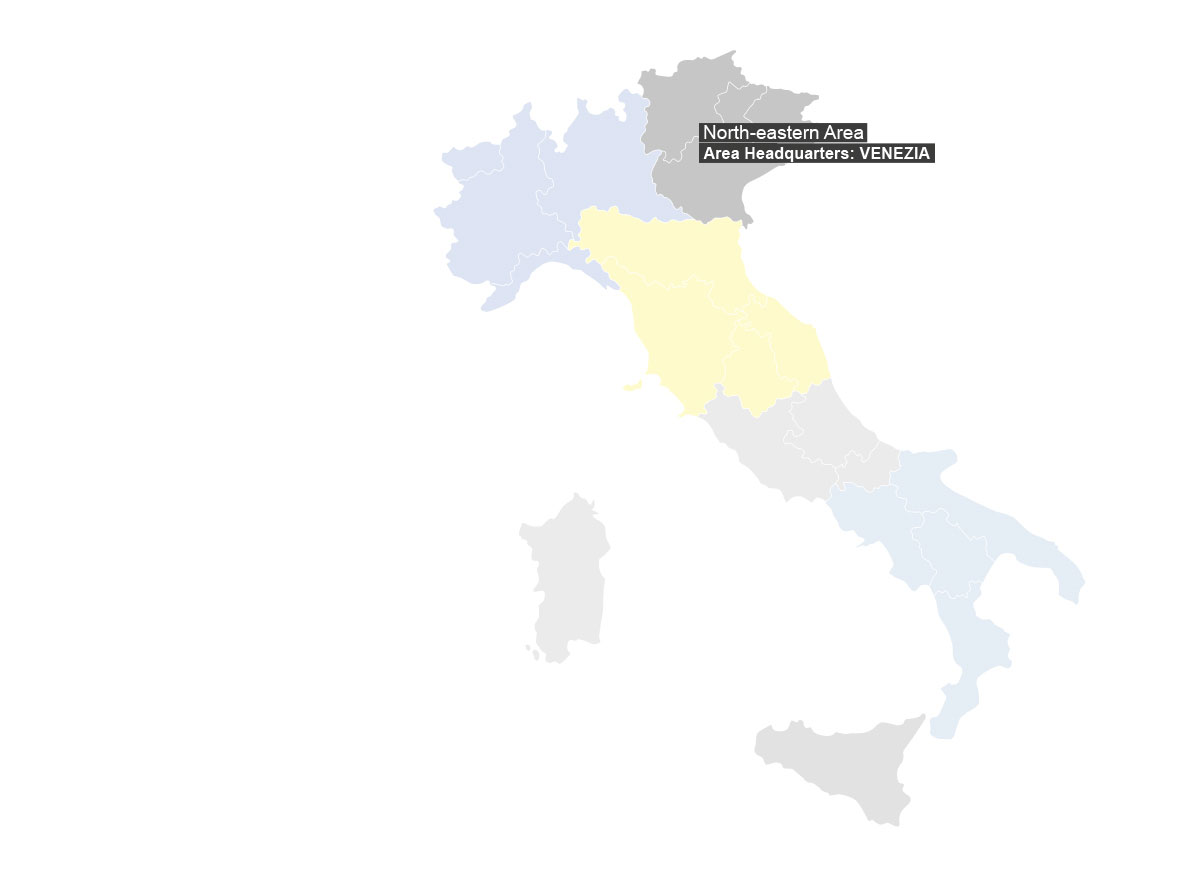 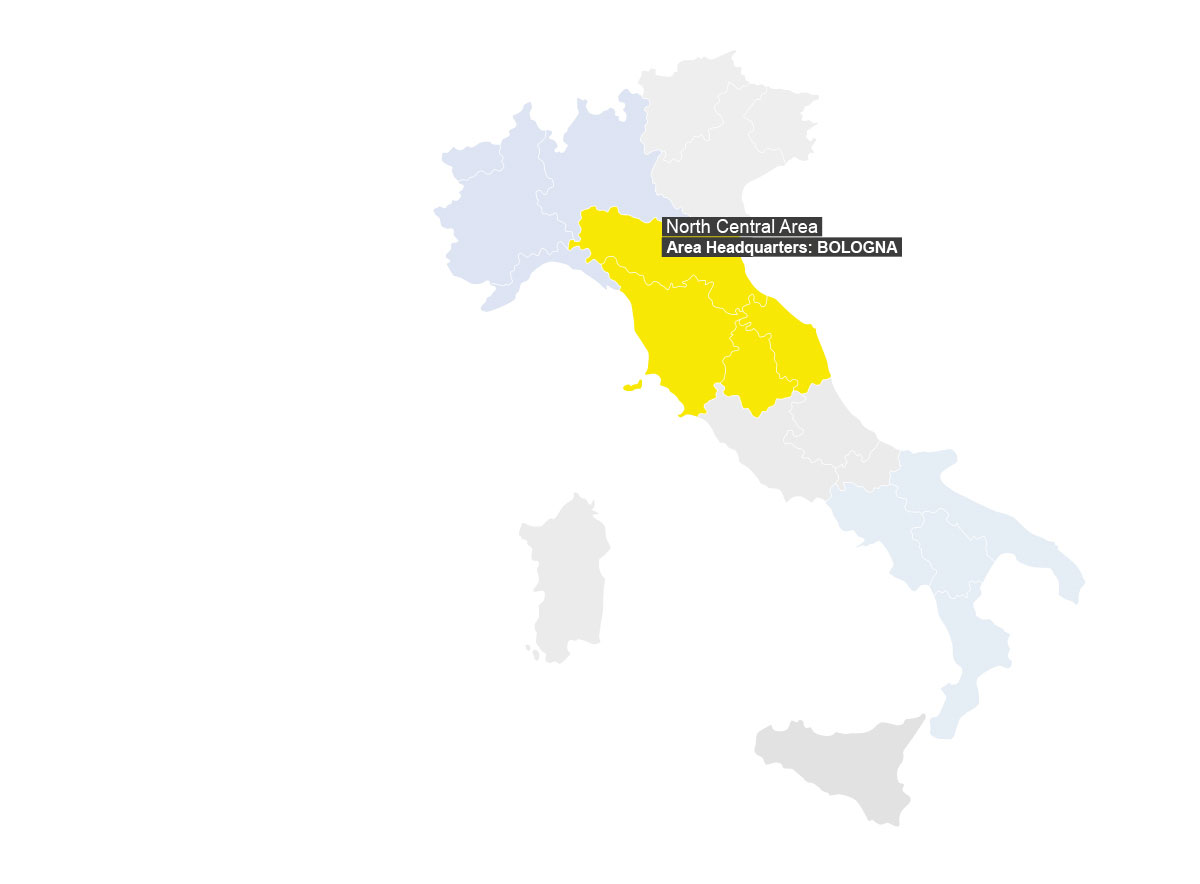 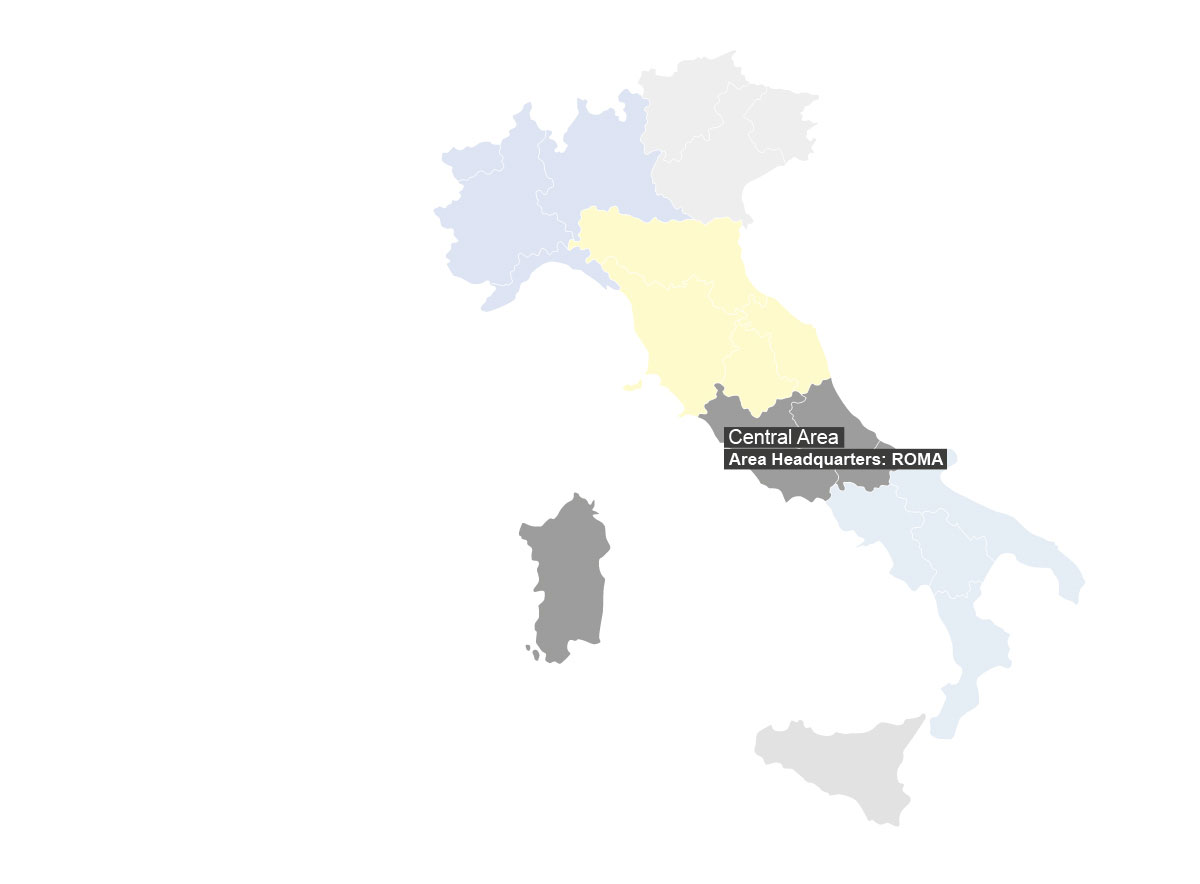 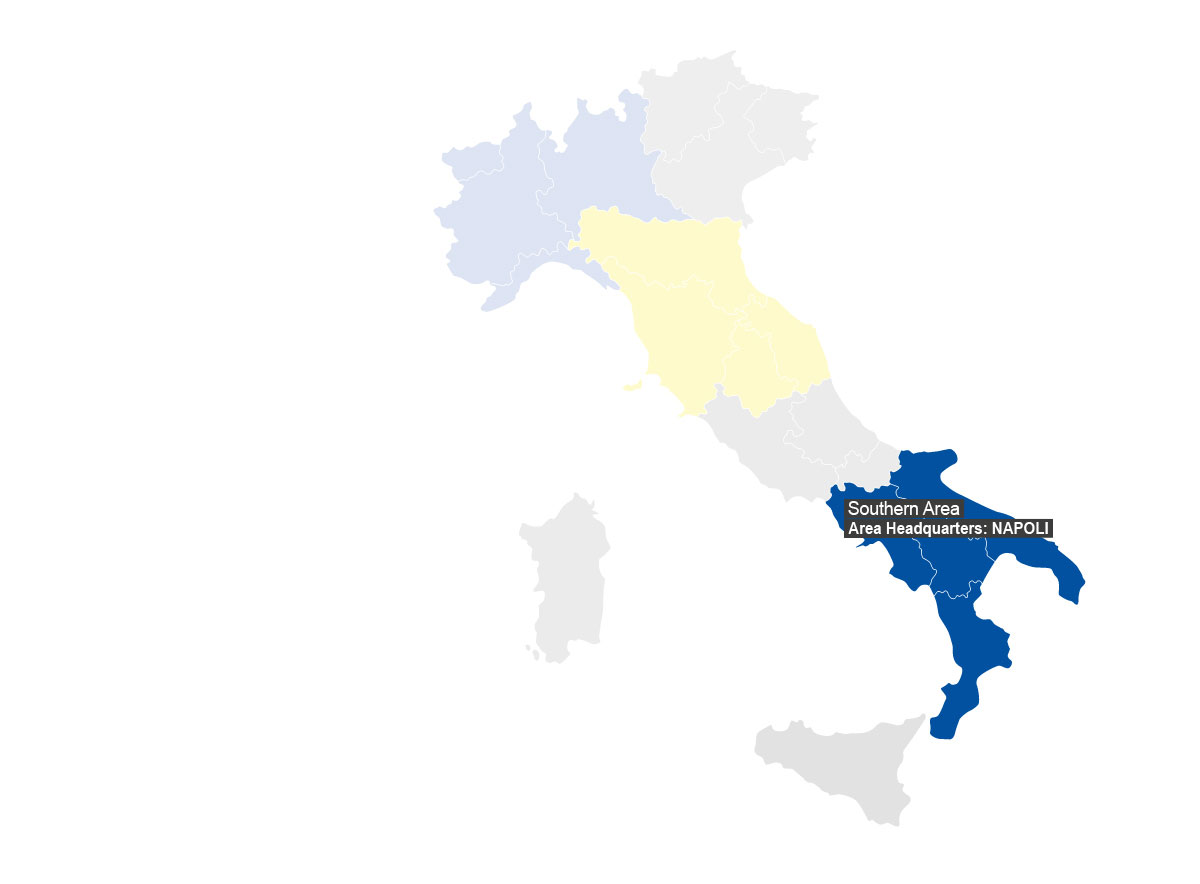 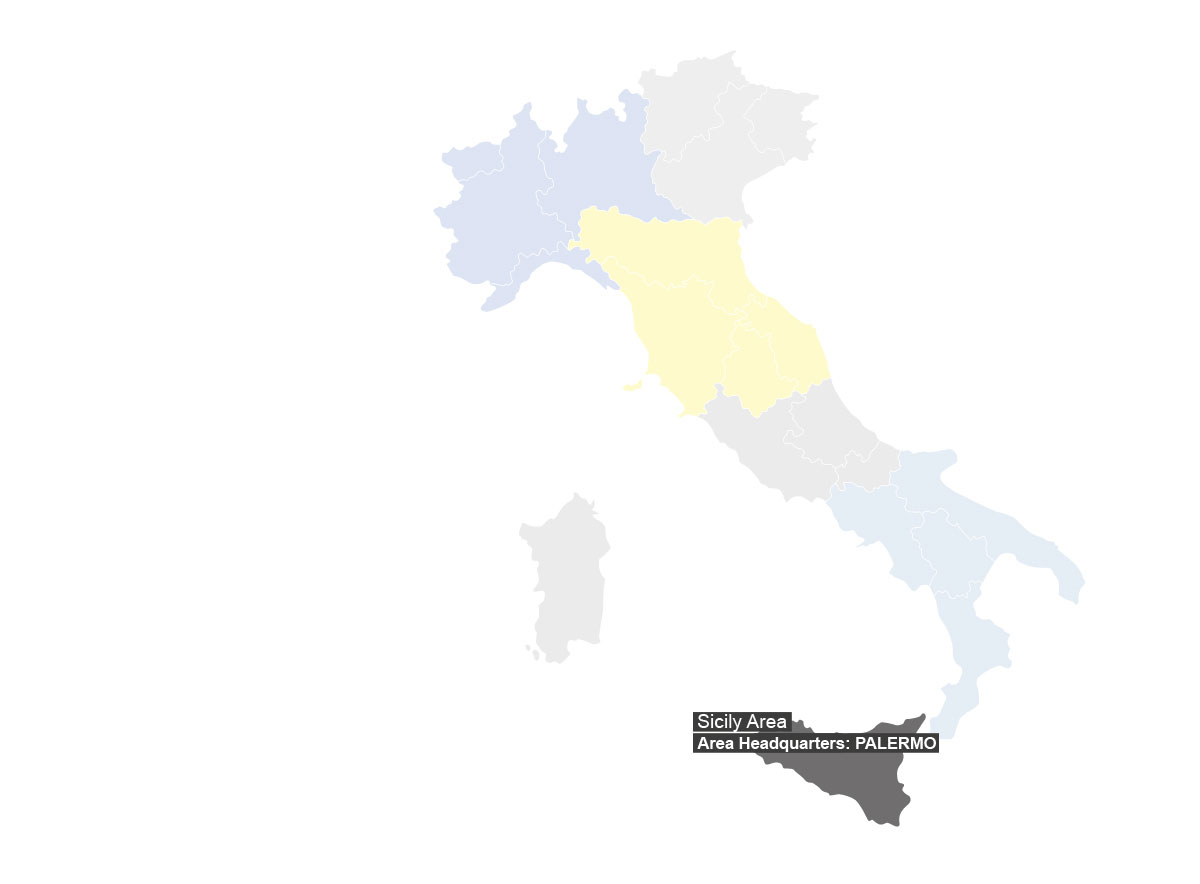 All workforce data (permanent and flexible) is shown as full time equivalent employees.
* Logistics Network - Macro Areas , whilst coinciding geographically with the Post Office Network - Macro Areas, from 2018 have their own, separate organisations in terms of processes and competences.
** Delivery staff include 32,966 postmen and women and delivery supervisors (31,376 at 31 December 2019).

Some data from our territorial areas 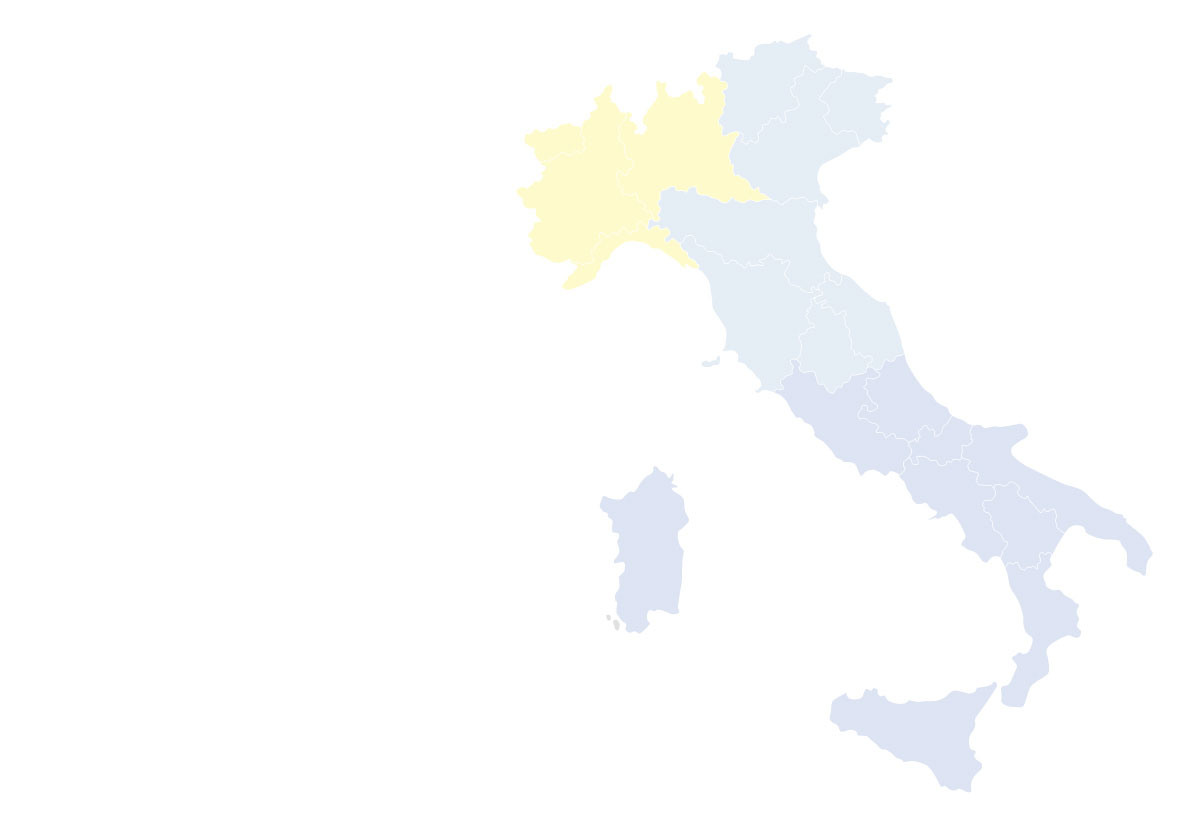 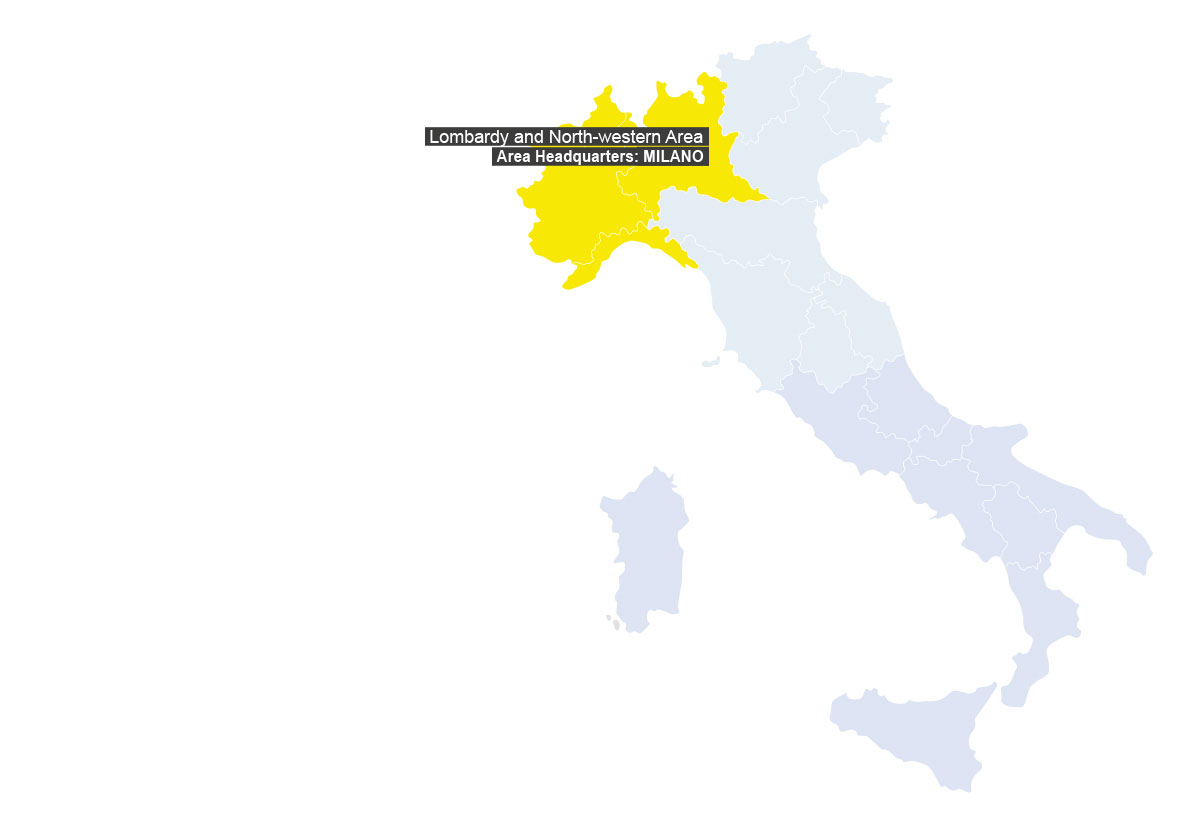 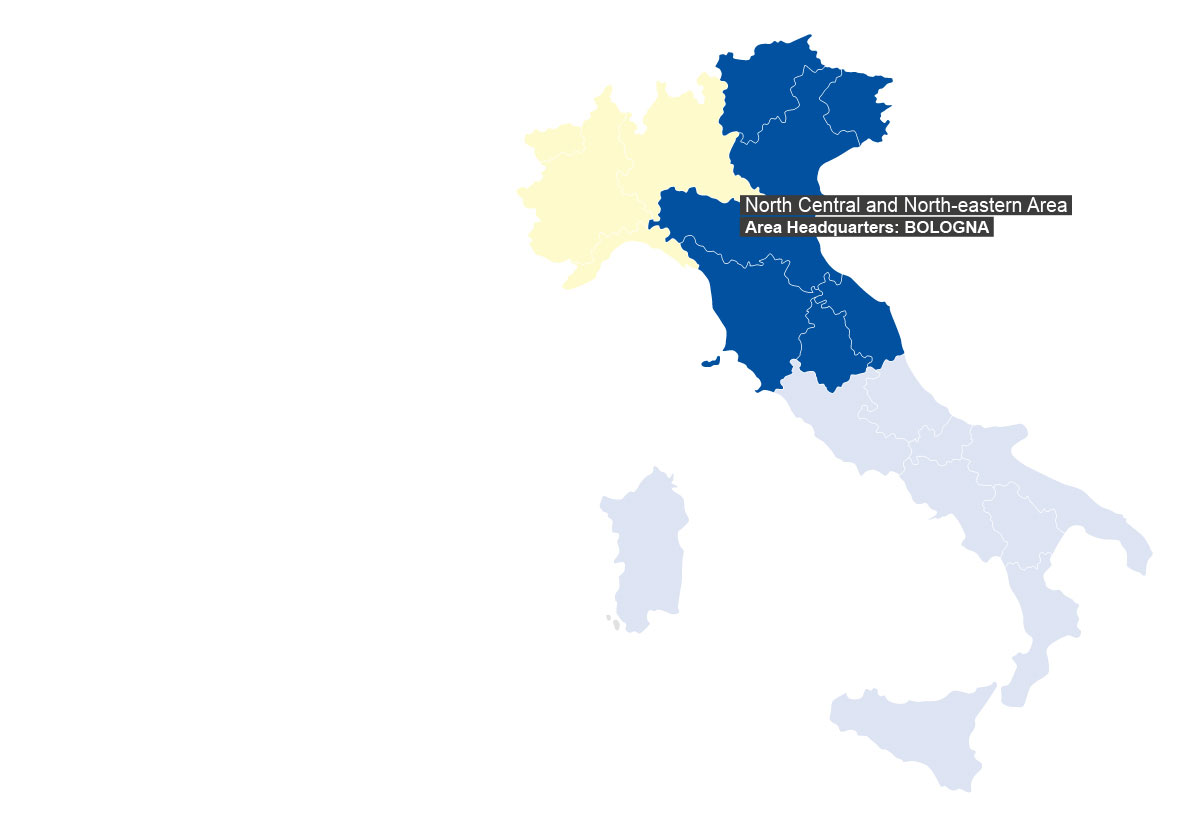 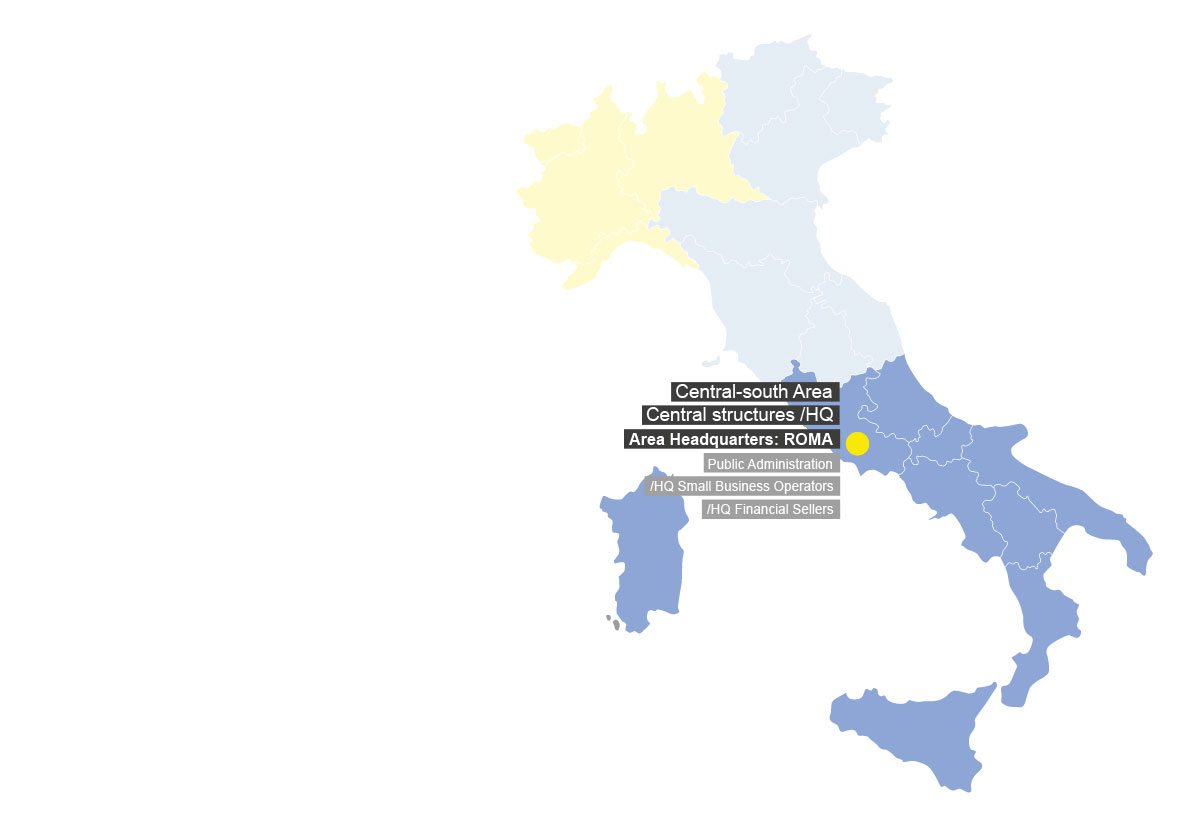 The commercial model, defined in June 2020, provides for a specialization of the sales force by type of product and customer segment, controlling the market through:

Outside post offices, the Group's services are provided via digital channels (poste.it website and APPs), which in the 2020, showed significant development, amplified by the Covid-19 emergency and related travel restrictions.

For more details on 2020 performance, please refer to the section "Digital Properties, Third-Party Networks and Main KPIs", in Chapter 6 "Performance".

A crucial role in the Group's omni-channel strategy is played by third-party networks and the development recorded in the year 2020. In the context of healthcare emergency, third-party networks have been a viable alternative to own networks for accessing transactional services.
Poste Italiane has signed agreements with a large network of retail outlets (over 37 thousand at 31 December 2020). The main types of agreements entered into are listed below.

• Proximity networks: partners that enable their local points of presence to offer Poste Italiane services to consumers (e.g.: tobacconists to pay slips, top up Postepay cards, accept/deliver parcels), ENI to pay slips, API to accept/deliver parcels, DO (organised distribution) and GDO (large organised distribution) to pay slips;
• Placement Agents: partners, authorised by the Bank of Italy, which sell Poste Italiane's financial products (e.g.: Lottomatica, which sells Poste Italiane's full acquiring to the tobacconist network);
• Technology Enablers: partners that enable Poste Italiane to sell its products to "third-party" customers via its own service platforms (iPratico, Team System for the sale of acquiring);
• Partners: legal entities that offer their associates/stores the purchase of products directly from Poste Italiane, through the stipulation of "framework agreements" (e.g.: ENI and its distributors for the purchase of acquiring).


Below are the products distributed through the third-party network: